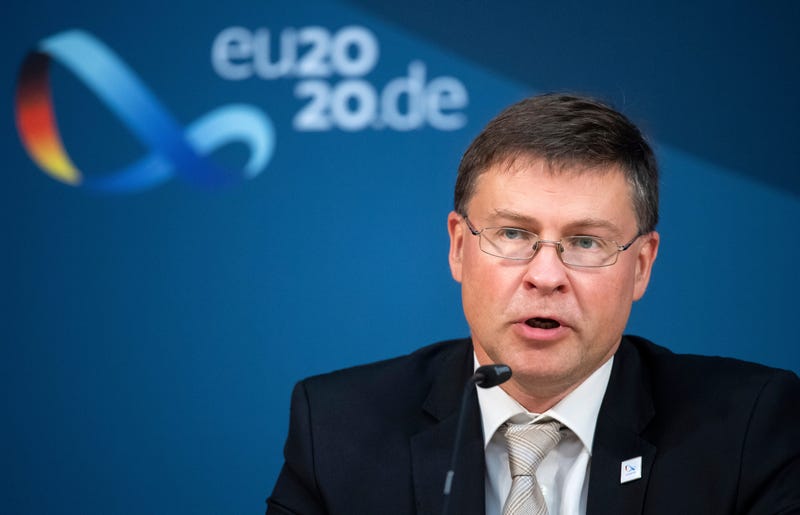 Photo credit Valdis Dombrovskis, Vice-President of the EU Commission, speaks at a press conference in Berlin, Germany, following the informal talks of the EU Trade Ministers on Monday, Sept. 21, 2020. (Bernd von Jutrczenka/Pool via AP)
By The Associated Press

BRUSSELS (AP) — EU countries remained divided Monday on whether to approve a preliminary free trade deal drafted last year with South American countries because of concerns related to the Amazon deforestation and the respect of European standards.

Speaking at an informal meeting of the 27-nation union’s trade ministers in Berlin, the EU's commissioner for the internal market, Thierry Breton, said that “not everyone is aligned on this topic. And we will need definitely to have more discussions between us.”

Following two decades of negotiations, the trade pact was announced last year by the European Commission, the executive body that negotiates trade agreements on behalf of EU countries. The preliminary