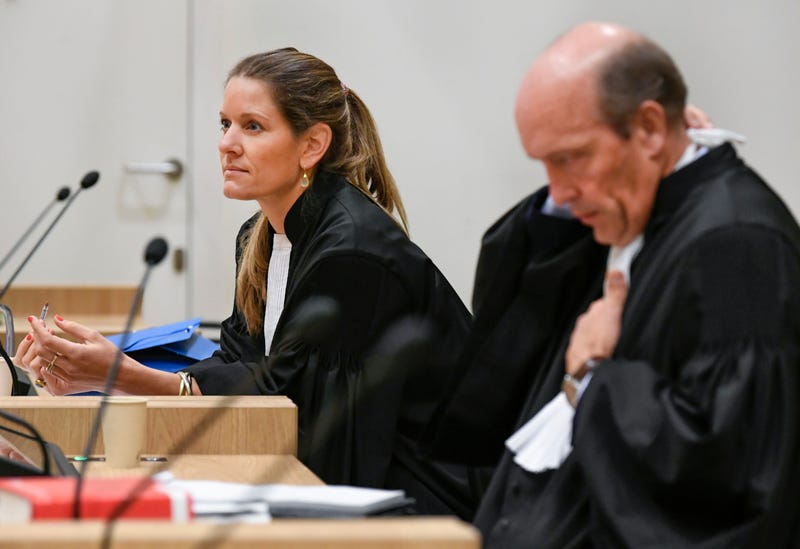 THE HAGUE, Netherlands (AP) — One of the suspects charged in the downing of Malaysia Airlines Flight 17 over eastern Ukraine in 2014 denies any involvement and wants to speak in court to explain his version of events, his lawyer said Monday as the trial in absentia of three Russians and a Ukrainian resumed in a Dutch courtroom.

Sabine ten Doesschate, one of the Dutch lawyers representing Russian suspect Oleg Pulatov, told judges that he insists he had nothing to do with the downing of the Boeing 777 jet and murder of all 298 passengers and crew on board the Amsterdam-to-Kuala Lumpur flight on July 17, 2014.

“Our client has told us that he was not engaged in ordering, guarding, transporting and hiding of a Buk missile ... instructing the crew thereof, firing or ordering to fire a Buk missile and/or downing MH17," Ten Doesschate said.

She added that Pulatov "does not have personal knowledge of how and why MH17 was downed. So our client does not know what did indeed happen. What he does know is that he observed no Buk missile and that he and the ones under his command were not engaged in a Buk missile at or about July 17, 2014.”

She added that Pulatov wants to address the court in person, but that the defense team advised him against traveling to the Netherlands as it would lead to his arrest and being placed in pretrial detention.

“Together with our client, we will try to establish a time and manner in which he can tell his story,” Ten Doesschate said.

She told judges that defense discussions with Pulatov mean that his lawyers will submit in writing new requests for investigations which can be discussed in court in November.

Presiding Judge Hendrik Steenhuis said he was “unpleasantly surprised” by the delay — the defense investigation requests had been expected to be discussed at Monday's hearing. He halted the hearing to discuss the next steps with his fellow judges, before adjourning the case until Nov. 3.

After a years-long international investigation, prosecutors last year named four suspects in the downing of flight MH17: Russians Igor Girkin, Sergey Dubinskiy and Pulatov as well as Ukrainian Leonid Kharchenko. None of them has appeared for the trial, which started in March and is still at a preliminary stage. Only Pulatov is represented at the trial by lawyers.