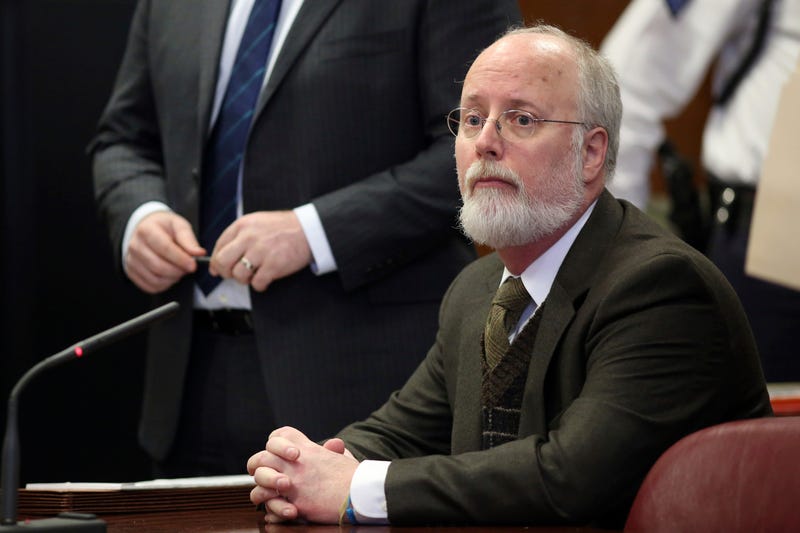 Prosecutors described the doctor, Robert A. Hadden, 62, as a “predator in a white coat,” accusing him of singling out young and unsuspecting victims, including a young girl he’d delivered at birth.

The federal charges will be the second time Hadden is prosecuted over alleged abuse of patients. He surrendered his medical license in a 2016 plea deal with the Manhattan District Attorney that didn't require him to serve any jail time.

Outrage over that light punishment built as the #MeToo movement gained momentum and more women told their stories publicly, including Evelyn Yang, who earlier this year told CNN that Hadden assaulted her in 2012, including when she was seven months pregnant.

Hadden was arrested at his home in Englewood, New Jersey, a community 10 miles outside Manhattan. He was to appear later Wednesday in Manhattan federal court on six counts of inducing others to travel to engage in illegal sex acts.

Audrey Strauss, the acting U.S. attorney in Manhattan, said Hadden, had “inappropriately touched, squeezed and even licked his victims” and subjected a young girl he’d delivered as a baby “to the same sort of sexual abuse he inflicted on his adult victims."

The indictment said Hadden sexually abused dozens of female patients, including multiple minors, at his medical offices and Manhattan hospitals from 1993 through at least 2012 while he worked as a medical doctor at Columbia University and at New York Presbyterian Hospital.

The indictment detailed what it described as the abuse of one minor female and five adult women who traveled from out of state to see Hadden. It said Hadden invited his victims to meet with him alone in his office, where he frequently raised “inappropriate and irrelevant sexual topics” by asking “detailed, inappropriate questions about their own sexual activities and sexual partners.”

Strauss and William F. Sweeney Jr., the head of New York's FBI office, urged victims who had not reported their abuse to call the FBI.

Sweeney called the alleged crimes “just outrageous” and said Hadden manipulated dozens of women including several minors who had “no understanding of what to expect, what was normal and what was not.”

After Hadden’s arrest, Andrew Yang tweeted: “So proud of @EvelynYang - this guy belongs behind bars. Thank you to everyone who supported her.”

Previously, Evelyn Yang had called Hadden's earlier punishment under the state plea deal, under which he admitted to forcible touching and one count of a criminal sex act, a “slap on the wrist.”

Hadden faces a civil lawsuit brought by more than two dozen accusers who say he groped and penetrated patients during vaginal examinations and “mole checks” that served “no medical purpose.”

Danny Frost, a spokesman for Vance, said state prosecutors provided “substantial assistance” leading to federal indictment. The Manhattan District Attorney’s Office is still conducting its own “intensely active” investigation into “potential failures by Dr. Hadden’s employer and hospital to disclose additional incidents of abuse to our office and to regulators when required.”

Marissa Hoechstetter, another Hadden accuser, has said Vance’s office misled her about the statute of limitations in Hadden’s case and was already negotiating the plea deal when she was still talking to prosecutors about testifying at a potential trial.

The federal indictment Wednesday “only puts into high relief the betrayal I and his other victims experienced by the Manhattan DA,” she said.

“I hope that through the course of this, the world will finally see the full extent of Hadden’s decades of sexual abuse and the institutional cowardice that protected and enabled him for so long,” Hoechstetter said in a statement to The Associated Press. “He and his enablers must be held accountable if we are to make change in a system that harms those it is meant to protect.”

Vance has defended his office’s handling of the case, saying his “career prosecutors do not shrink from the challenge of prosecuting powerful men.”

“Because a conviction is never a guaranteed outcome in a criminal trial, our primary concern was holding him accountable and making sure he could never do this again – which is why we insisted on a felony conviction and permanent surrender of his medical license,” Vance said in a statement.