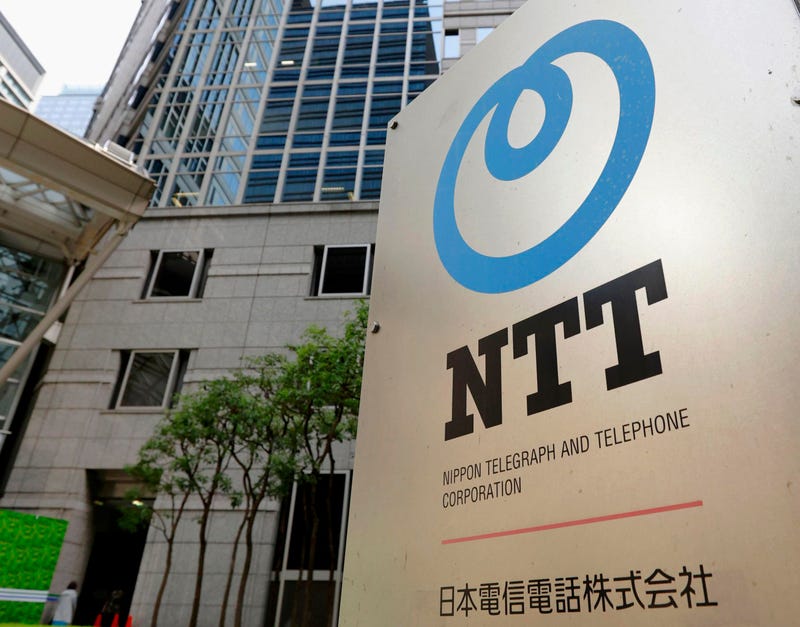 Photo credit The corporate logo of Japanese telecoms giant Nippon Telegraph & Telephone, or NTT, is seen in front of the building which houses its headquarters, in Tokyo, Tuesday, Sept. 29, 2020. Shares of NTT fell Tuesday on news it is preparing for a takeover of its mobile phone carrier NTT DoCoMo. (Kyodo News via AP)
By The Associated Press

MITO, Japan (AP) — Shares in Japanese telecoms giant Nippon Telegraph & Telephone, or NTT, fell Tuesday on news it is preparing for a takeover of its mobile phone carrier NTT DoCoMo.

The Nihon Keizai Shimbun and other media reported that DoCoMo’s board would meet later in the day to vote on the plan. DoCoMo said in a release it had no news to report ahead of the board meeting.

It said, “once a decision is made, our company will make an announcement promptly.”

The reports said NTT Corp. plans to delist NTT DoCoMo, taking it private to enable the mobile carrier to offer cheaper rates in competition with rivals such as SoftBank and KDDI.

The company's shares fell 2.4%. DoCoMo's shares were suspended from trading.

NTT DoCoMo is Japan's largest mobile carrier and reports it has 73 million subscribers. It was founded in 1992.

NTT traces its roots to 1869, the early days of the telegraph in Japan. Founded in 1952 as the government phone utility, it was privatized in 1987. The company has expanded its network services as its fixed line business has been largely supplanted by mobile phones, at least for individual users.

While serving as chief cabinet secretary, Suga spearheaded efforts to introduce more competition into the mobile phone services sector. DoCoMo holds about half the market, with KDDI Corp. and SoftBank Corp. taking the lion's share of the rest. A handful of smaller carriers have struggled to compete with lower prices and greater flexibility.

Japan's mobile phone rates are on average about half the costs charged in the U.S. and much lower than in Canada and South Korea, according to a study by telecoms services research firm cable.co.uk.

At about $3.90 for 1 gigabyte (1G) of mobile data, costs in Japan are far higher than in many Asian countries such as China where 1G cost 61 cents and India, where the cost was only 9 cents.

Complex pricing policies and inflexible contracts are another target for Suga, who has made expanding digital services part of his policy agenda. Pressures to improve such services have intensified with the push for remote work during the coronavirus pandemic.

music
Remembering that one time Matt Stell’s mom wore a gorilla suit to prank her son
news
Broadway shows to open Sept. 14; tickets go on sale Thursday
news
Woman sets home on fire, then sat in lawn chair to watch
sports
Jacob deGrom 'feeling good,' could return this weekend
news
Survey shows how the pandemic may have hit younger adults harder than their parents
sports
Patrick Ewing hid on team bus and 'broke down' when he couldn't play during 1999 NBA Finals