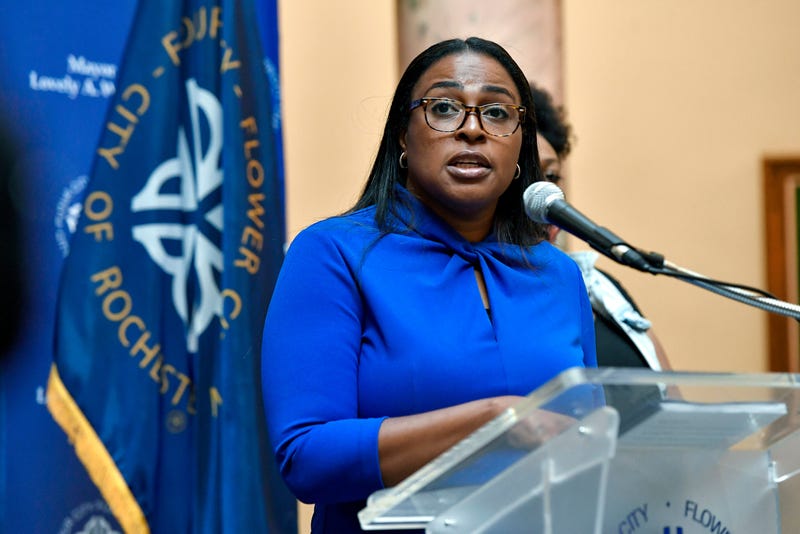 ROCHESTER, N.Y. (AP) — Rochester Mayor Lovely Warren, who has faced calls to resign over her city’s handling of the suffocation death of Daniel Prude at the hands of police, pleaded not guilty Monday to campaign finance charges dating to her 2017 reelection campaign.

A lawyer for the second-term mayor, a Democrat, entered the plea on her behalf. Warren had been indicted Friday by a grand jury on charges of scheming to defraud and violating election laws. Through her lawyer, Warren has said she did not intentionally break any law.

Warren, leader of the Lake Ontario city of more than 200,000 people, was arraigned in Monroe County Court. Sitting in the front row and wearing a face mask, Warren said she had no questions when asked by the judge.

If convicted, she could be sentenced to up to four years in prison, lose her law license and be removed from office, according to the district attorney, Sandra Doorley.

Warren’s campaign treasurer, Albert Jones Jr., and Rosalind Brooks-Harris, the treasurer of a political action committee that backed Warren, also pleaded not guilty in Monroe County Court. All are accused of taking steps to evade contribution limits between Nov. 6, 2013, and Nov. 7, 2017. Motions will be argued Jan. 12.

Doorley had said Friday that election officials began fielding complaints about Warren’s campaign finances in 2017, when the incumbent defeated two challengers in a Democratic primary prior to her reelection.

Doorley said the state Board of Elections presented with a 35-page report in March “that found considerable evidence” that Warren, Jones and Brooks-Harris may have broken the law.

The grand jury was seated in September.

Warren, the first female and second Black mayor of Rochester, previously blamed any errors on sloppy bookkeeping and called the lengthy investigation a “political witch hunt.”

Doorley, a Republican, says politics did not play a role in the investigation.

Prude, who was Black, died in March after police pinned him naked to a street and put a spit hood over his head following his brother’s call for help over Prude’s irrational behavior. His death became public only last month, when the family released police body camera video they obtained through an open records request.

The Monroe County medical examiner listed the death as a homicide caused by “complications of asphyxia in the setting of physical restraint” and cited phencyclidine, or PCP, as a contributing factor.

Critics accused police and city officials of covering up Prude’s killing, though Warren said she had no idea the medical examiner ruled his death a homicide until Aug. 4, when she saw the video.