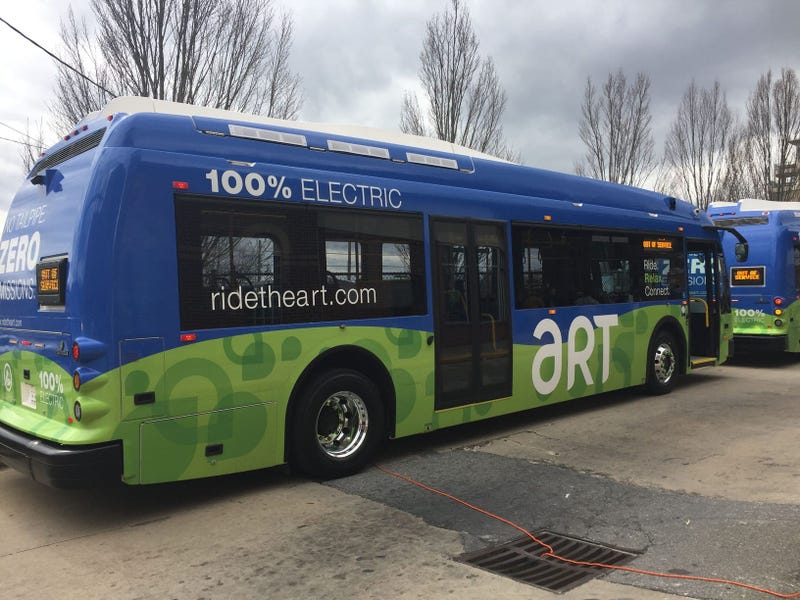 The buses were purchased from Proterra, which manufactures the electric mass transit buses here in Greenville.

The City's Transportation Department (ART) is planning to use the buses on three local routes and hope to add more all-electric buses in the future.   The five were purchased mainly through Federal Transit Administration (FTA) grant funding. In September 2017, the ART won a highly-competitive grant to purchase zero-emission buses through the FTA’s Low or No Emission Vehicle Program.

The City of Asheville was selected as the only award recipient in North Carolina and was granted $633,333 to purchase the zero-emission vehicles. This grant, combined with others intended for transit capital purchases, allowed the City to purchase the five Proterra battery-electric buses.

The electric buses will be joined by two diesel buses scheduled to be added to the ART fleet by the end of the year. City staff are also working on additional hybrid bus purchases in the coming months.