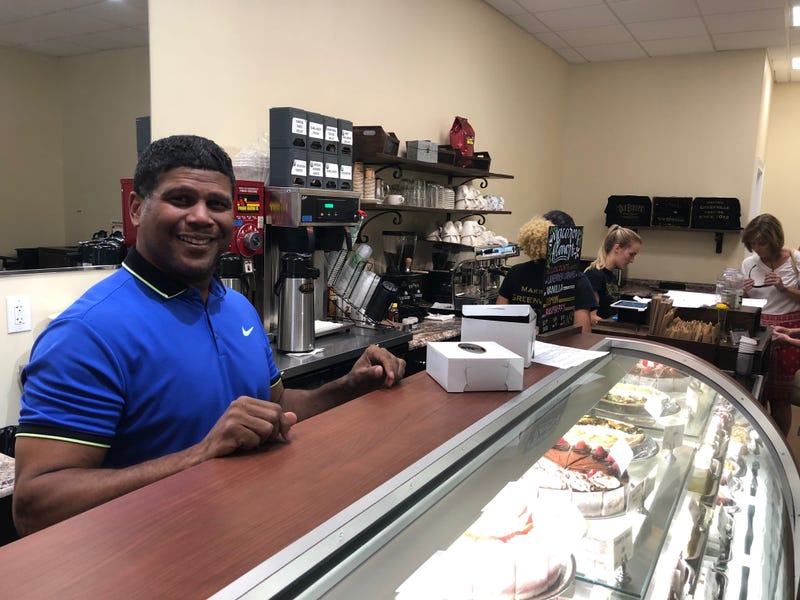 “So our hazelnut napoleon – that’s an extremely light chocolate mousse made from a homemade whipped cream, which is then sandwiched between two layers of puff pastry, and then some chocolate powdered sugar on top, and it’s so light, it’s like biting into a piece of heaven, a little piece of a cloud,” Daugherty said. 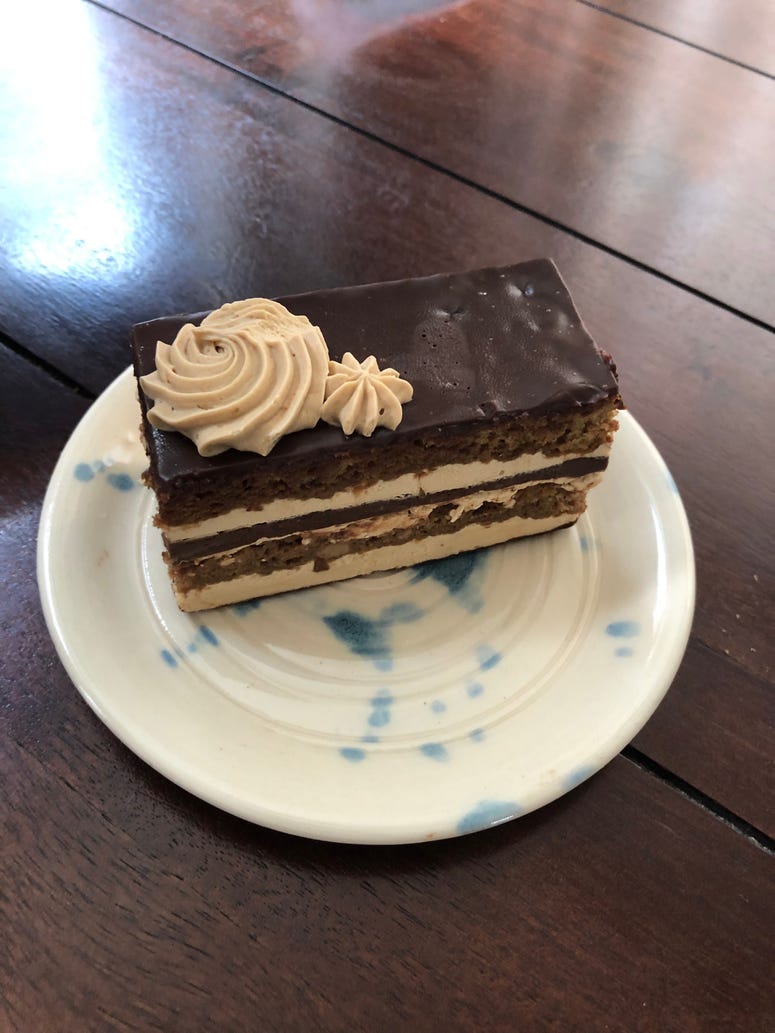 “Oh, and you can’t forget the espresso brownie Godiva cheesecake. For most people, most cheesecakes are going to be a little too dense, a little too heavy – ours is so light and delicious, they say it actually levitates on the plate,” he said – enthusiastically, it should be noted.

Daugherty, who has just opened up the second Old Europe Parties location in downtown Greenville, still looks very much like the football player he once was in a past life. It can seem somewhat of a contradiction, then, to hear him rattle off the ingredients in the aforementioned cheesecake (a layer of gingersnap crust on the bottom, a layer of chocolate cheesecake, a layer of vanilla cheesecake, and then a good drizzle of chocolate ganache). But that contradiction evaporates after spending more than five minutes with the man, because it soon becomes clear how much Daugherty lives for pastries now. 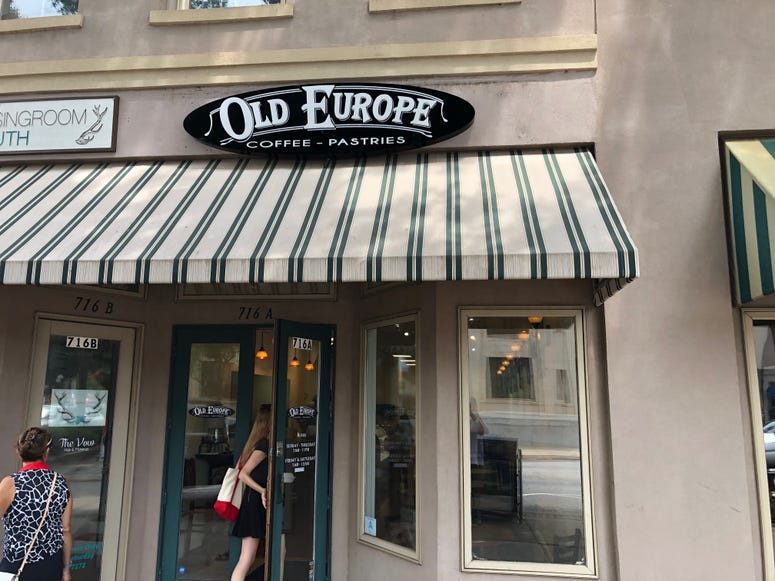 Old Europe Pastries, located in the historic West End, just a few blocks from Fluor Field, is the second Old Europe spot, with the original still located in Asheville. Daugherty said they’d been eyeing Greenville for about two years now, not only because of its growing economy and population, but also because of Daugherty’s own history here.

Daugherty played football for Furman back in the late ‘80s. Since then, he’s gone on to work as a financial advisor and entrepreneur, living in cities like Atlanta, Charlotte and Asheville. But he said his connections to Greenville, and the friends he has here, will be lifelong.

Still, finding suitable real estate for the new Old Europe Pastries was more difficult than it would’ve been back when Daugherty was playing football here.

“Let me tell you, the West End – and Greenville at large – are definitely not unknown anymore,” he said. “There’re a lot of national brands reaching out, hotels opening up, even restaurant chains that know Greenville is attractive for a lot of reasons.”

After a few possible locations were bought out before Daugherty had a chance to put a bid in, he ended up having to lease the final location months before they had a means of proceeding with construction.

“I knew I had to act quickly, because this space works perfectly for us, so we had to grab it when we could,” he said. 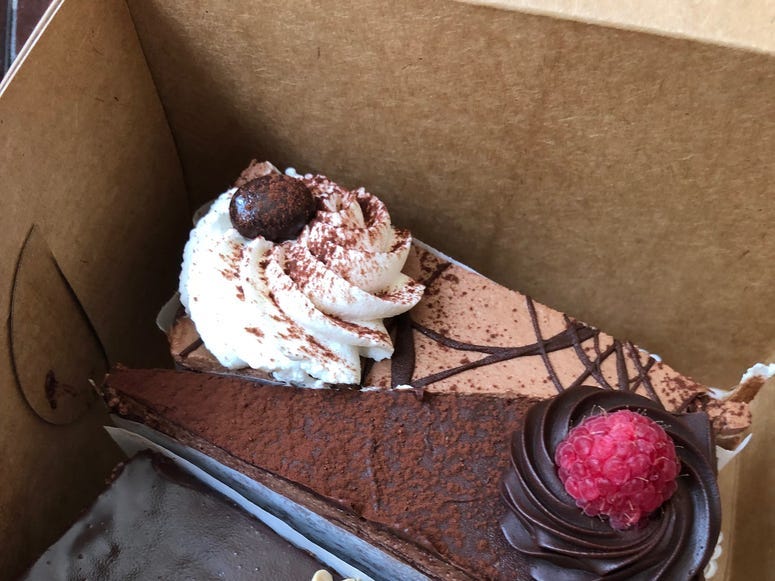 With more than 25 years of history, the name Old Europe Pastries is likely familiar with many Greenville residents. Founded by Melinda and Zoltan Vetro, an immigrant cuople who incorperated the recipes and traditions of their native Hungary, their first shop opened its doors in Asheville in 1994.

Daugherty came on through unlikely means. He owned his own waste management company and served the original Old Europe location, literally taking care of the restaurant's garbage. After Zoltan passed away, however, it was Melinda who urged Daugherty to help take the reigns as they expanded their operation into Greenville.

In the years since, the former jock has become an expert in all things pastry, and he’s looking forward to getting things up and running here in downtown Greenville.

“We’re just excited to be here,” Daugherty said, “and we’re really focused on doing it right. We’re going to take our time. We’re not going to rush in and just slap some stuff together. No, we’re going to make sure that what we put in our pastry case meets our standards, which are pretty doggone high.”

Stop in at Old Europe Pastries anytime from 7 am to 11 pm Sunday through Thursday, and 7 am to midnight on Friday and Saturday.