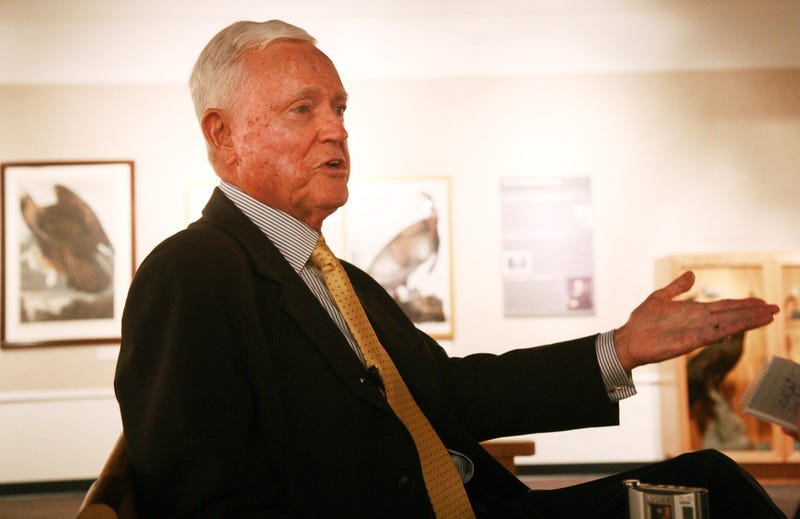 Former Vice President Joe Biden is slated to deliver a eulogy at the funeral of U.S. Sen. Ernest F. "Fritz" Hollings, one of his closest confidants in the chamber.

Andy Brack tells The Associated Press that Biden will deliver remarks at the April 16 service for Hollings, who died Saturday at 97.

Biden was Hollings' longtime Senate deskmate. He traveled to South Carolina in 2017 for a ceremony to dedicate a statue of Hollings in Charleston. In 2010, Biden dedicated a University of South Carolina library named for Hollings.

A day earlier, Hollings will lie in repose at the South Carolina Statehouse.

Hollings died at his home on Isle of Palms.

music
Lorde on her butt-baring 'Solar Power' album cover: 'Do it while you've got it'
sports
Disastrous 8-0 loss to Lightning leaves Islanders on brink of elimination
sports
NBA trailblazer John Amaechi: Carl Nassib coming out is 'a force for good'
music
Billie Eilish 'appalled and embarrassed' and wants to 'barf' in apology over video
music
Watch Avril Lavigne team up with 'Sk8er Boi' Tony Hawk for a throwback tribute
news
Sanders and Biden don't support taxing electric vehicles to pay for infrastructure bill