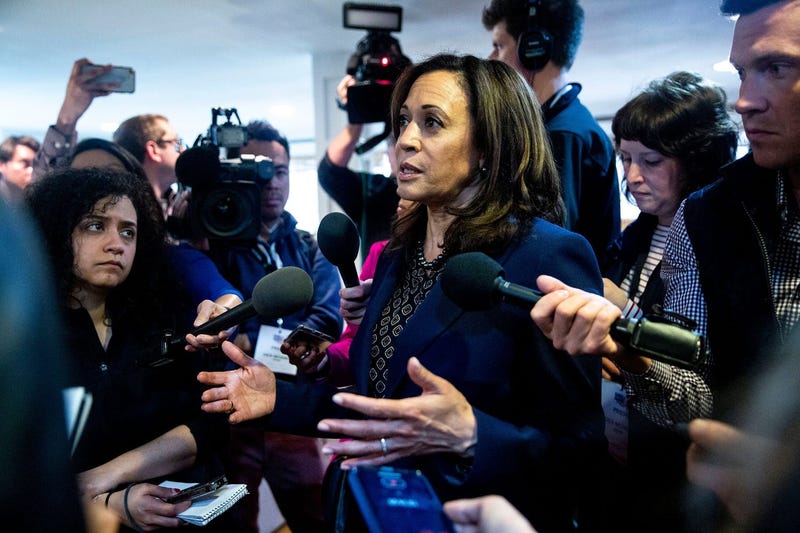 Harris made her fourth visit to our state earlier this week. Tomorrow she has a town hall at Winthrop University in Rock Hill and she’ll attend Easter Sunday services at a church in Columbia. Harris raised at least $25,000 from South Carolina donors in the first 3 months of the year, more than any other 2020 Democratic candidate in the state. Her closest competitor was South Bend Indiana Mayor Pete Buttigieg who raised over $18,000 in South Carolina.

Vermont Senator Bernie Sanders brought in over $12,000 – good for fourth place with former Texas Representative Beto O’Rourke taking in $14,000.  All the other contenders raised $5,000 or less.

Those totals could be higher since campaigns are not required publicly disclose donors who give less than $200.

Image: JOSH MORGAN/Staff
The figures may not sound like much as far as fundraising goes, but South Carolina is critical to presidential hopefuls because of our early primary.

Both Harris and Senator Cory Booker have made South Carolina a major focus of their campaigns.  Both are showing better than many other candidates in a March state-wide poll, with Harris at 9% to come in 3rd and Booker with 5% showing 4th place.  Topping that poll was former Vice President Joe Biden (37%) even though he has not officially declared he is running.  Bernie Sanders came in with 21%

In Upstate campaigning news, Bernie Sanders, will be in Spartanburg later today for a town hall meeting at the Mount Moriah Baptist Church, 445 S. Church Street. It's being hosted by the South Carolina Legislative Black Caucus and begins at 5:30pm.  On Friday, Sanders will take part in a Poverty Round Table at 2:30pm at the West End Community Development Center, 404 Vardry Street, Greenville.  At 5pm, he holds a campaign rally at the Peace Center.  All events are open to the public.

music
Did Julia Stiles and Joseph Gordon-Levitt have a secret romance on the set of '10 Things I Hate About You'?
music
Ashe dances barefoot on broken glass in 'Me Without You' video
music
Meek Mill shares first photo of his son and reveals his name
music
Rare digital artwork created by Jerry Garcia now available as an NFT
news
Guinness World Record holder, 78, will spend 100 days running marathons across the US
music
10 of our favorite songs to play for a soulful Mother's Day