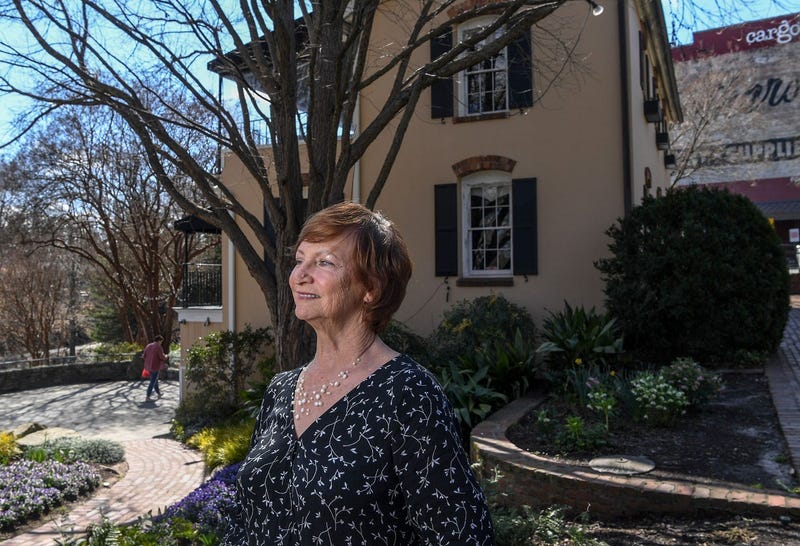 Mary Jones is more often just known as Mary, as in the namesake behind the restaurant Mary’s at Falls Cottage, which she’s been running since 2004.

The eatery located inside the historic Falls Cottage, which sits overlooking Falls Park, will still keep its name and menu, at least for the time being.

But Mary Jones has now sold the restaurant to her longtime employee Kent Fisher.

Mary and her husband Drew will continue running Mary’s Lunchbox and Mary’s catering in Simpsonville, but Mary said that now that she’s approaching her 70s, she has thought some about what the future will hold for those as well.

Longtime customers came out to express their sadness at this e passing of the torch, but said they’ll keep coming back for Mary’s recipes and to support all that she’s built here in Greenville.