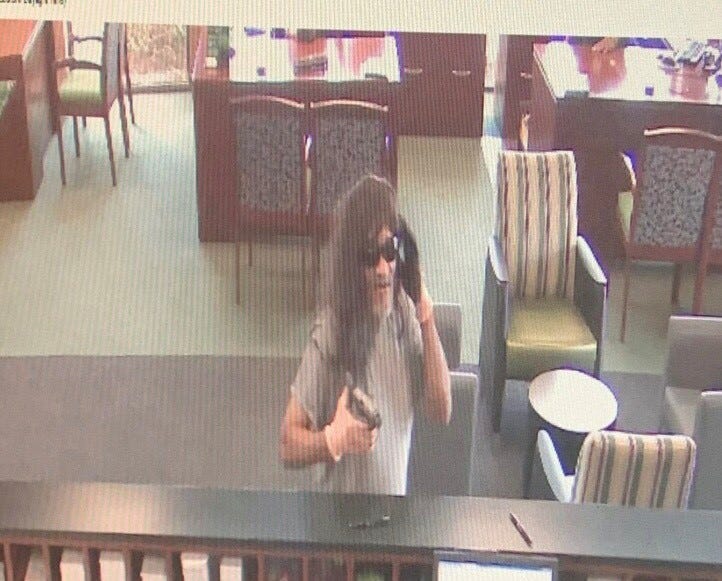 Anderson County Deputies responded to a bank robbery at the TD Bank in Anderson Thursday.

Christopher Seamon, 58, was charged with robbery and possession of a weapon during the commission of a violent crime.

Around 9:15am, a disguised Seamon entered the bank on South Main Street, showed a gun to tellers and demanded money.

Wearing pink gloves, a black wig and sunglasses.... if only Seamon would have shaved his beard he really could have fooled everyone!

He did get away with cash, but was later caught at a traffic stop on Lost Lake Road, taken into custody and arrested.

The money and gun were recovered.  No report of anyone injured.