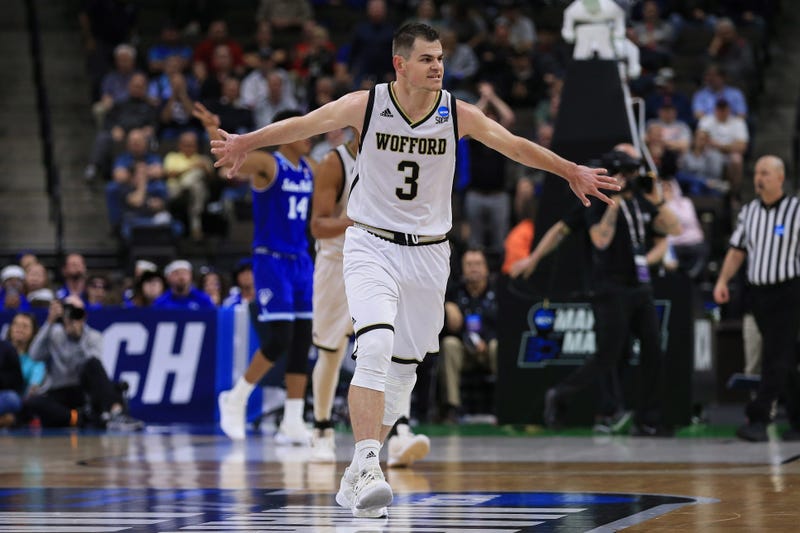 JACKSONVILLE, Fla. (AP) __ Fletcher Magee set the Division I career record for 3-pointers, poured in 24 points and led seventh-seeded Wofford to an 84-68 victory over Seton Hall in the first round of the NCAA Tournament on Thursday night.

Magee hit seven treys against the No. 10 seed Pirates to help the Terriers to their first tournament win in five tries. Wofford also won its 21st consecutive game overall.

Extending his record might not be easy against second-seeded Kentucky in the Midwest Region on Saturday. The long, lanky Wildcats tend to give opponents fits, especially from behind the arc.

Then again, Magee is no ordinary shooter.

The 6-foot-4 guard was 7 of 12 behind the arc, none bigger than his 3 from the corner in front of his bench in the second half. The first two were wide-open looks that caused Seton Hall coach Kevin Willard some angst, and the third a contested shot that brought the Wofford faithful to their feet and put the Terriers up 76-66 with three minutes to play.

It was quite a show about two hours north of Magee's hometown of Orlando.

Nathan Hoover added 18 points for the Terriers (30-4), who finished 13 of 28 from 3-point range. Cameron Jackson chipped in 14 points, 10 rebounds and five assists.

Powell helped Seton Hall overcome a 12-point deficit in the second half, and he even put his team ahead 54-53 with about 10 minutes to go. But it was all Wofford late, going on a 17-0 run in the closing minutes before Seton Hall managed a meaningless dunk at the end.