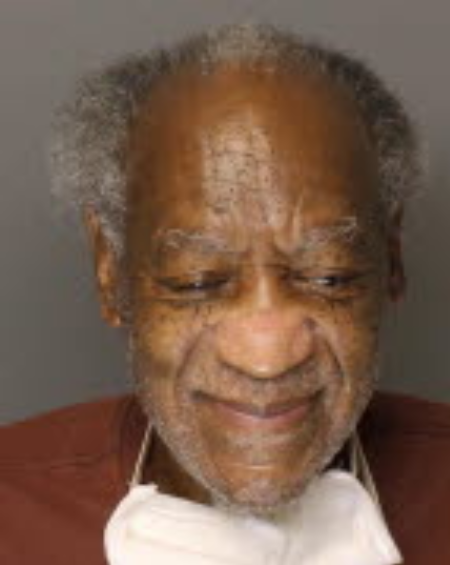 Unlike the 2018 photo, below, the disgraced comic is smiling -- and in an obvious sign of the times, there's a mask hanging around his neck. 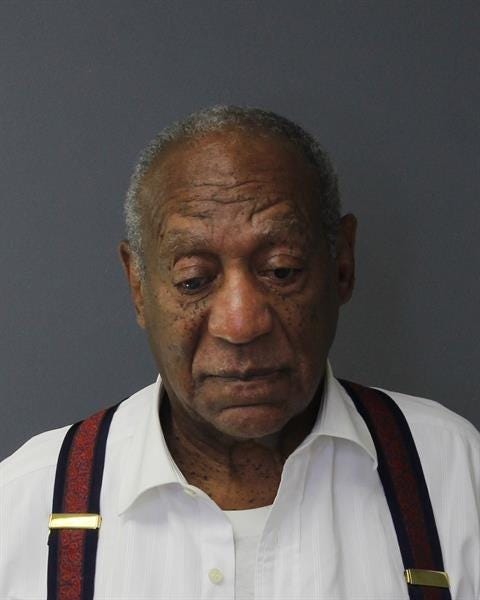 Cosby, 83, was sentenced to three to 10 years in prison in Sept. 2018 for sexual assault involving a former Temple University employee, Andrea Constand, who accused him of drugging and sexually assaulting her in 2004.

Cosby says the encounter was consensual. The appeal of his conviction will be heard by the Pennsylvania Supreme Court on Dec. 1. 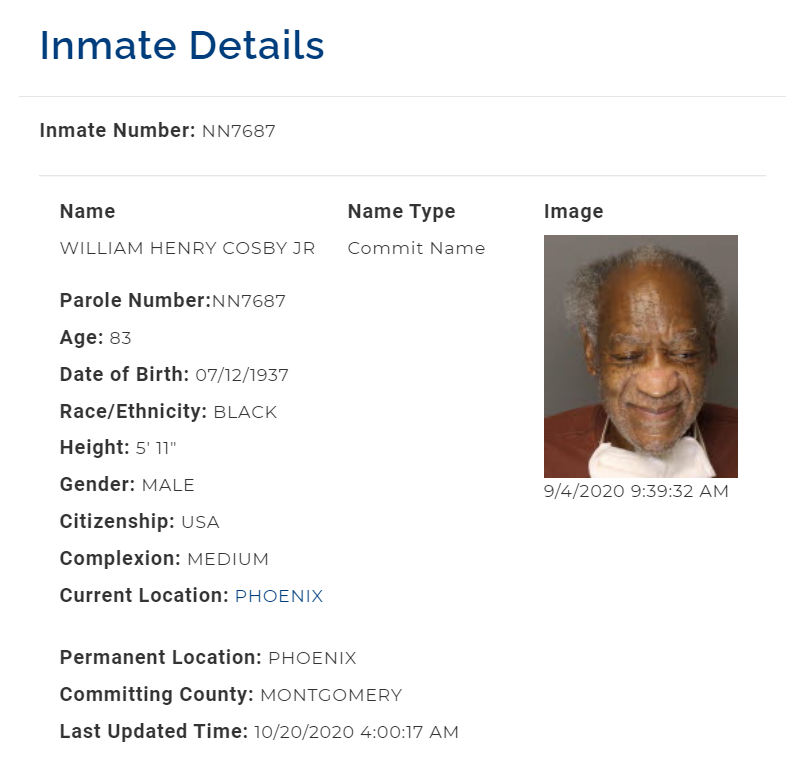 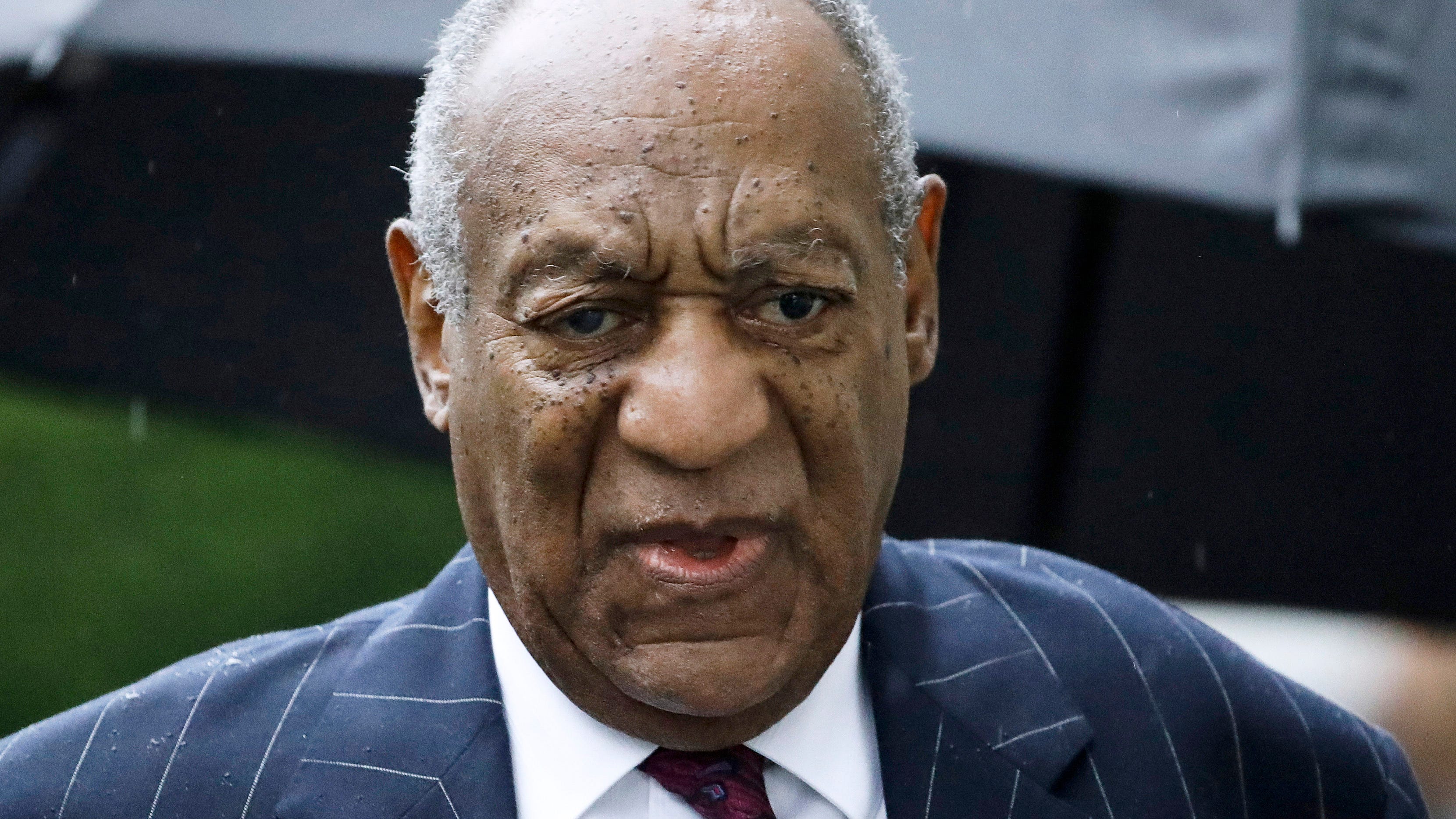