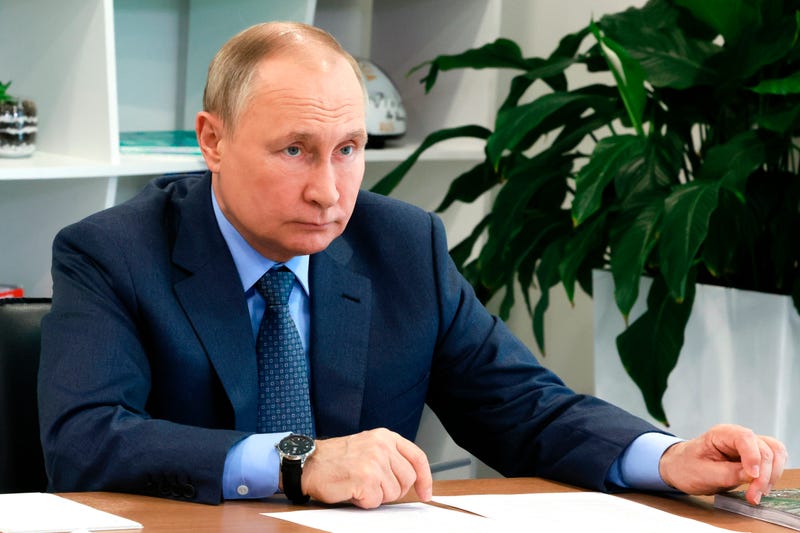 WASHINGTON (AP) — The Treasury Department laid out recommendations Friday for tightening laws to guard against money laundering and illicit threats to the U.S. financial system, citing the conduct of Russians backing the invasion of Ukraine as evidence of how loopholes are being exploited.

“Illicit finance is a major national security threat and nowhere is that more apparent than in Russia’s war against Ukraine, supported by decades of corruption by Russian elites,” said Elizabeth Rosenberg, Treasury’s assistant secretary for terrorist financing.

Sanctioned individuals and entities can remove identifying information from, or simply hide, their bank accounts, the department said. They can also use cryptocurrency to a limited degree or hide behind shell companies to evade financial sanctions.

“We need to close loopholes, work efficiently with international partners, and leverage new technologies to tackle the risks posed by corruption, an increase in domestic violent extremism and the abuse of virtual assets," Rosenberg said.

Every two years, Treasury releases a report with recommendations on how to close gaps that could facilitate terrorist and illicit finance. Russia's invasion of Ukraine “demonstrates that those seeking to undermine global security and stability are exploiting these same gaps,” the report stated.

The department pointed to the number of sanctions imposed on people and entities due to the war and the potential for sanctioned individuals to evade sanctions. Earlier this month, Treasury barred individuals in the U.S. from providing accounting, legal and consulting services to anyone located in Russia.

The U.S. has worked closely with allied governments in Europe, Asia and elsewhere to impose thousands of sanctions on Russian elites, oligarchs and banks.

Earlier this year, Treasury, the Justice Department and other agencies convened a task force known as REPO — short for Russian Elites, Proxies and Oligarchs — to work with other countries to investigate and prosecute oligarchs and individuals allied with Russian President Vladimir Putin.