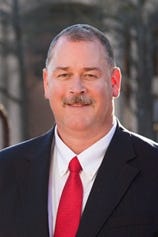 A convicted sexual predator is set to spend the next two decades behind bars. 66 year old, James Douglas Brabham was sentenced in an Anderson County Court to 20 years in prison. Brabham pleaded guilty to 2 counts of 2nd Degree Criminal Sexual Conduct With A Minor.

As part of a plea deal, Brabham admitted to performing sex acts on two children, one 9 years old and the other 10, on multiple occasions. 10th Circuit Solicitor David Wagner said after the sentencing, that predatory acts towards children are a heinous crime and the 20 years given to the 66 year old is essentially a life sentence, which is what he deserves.