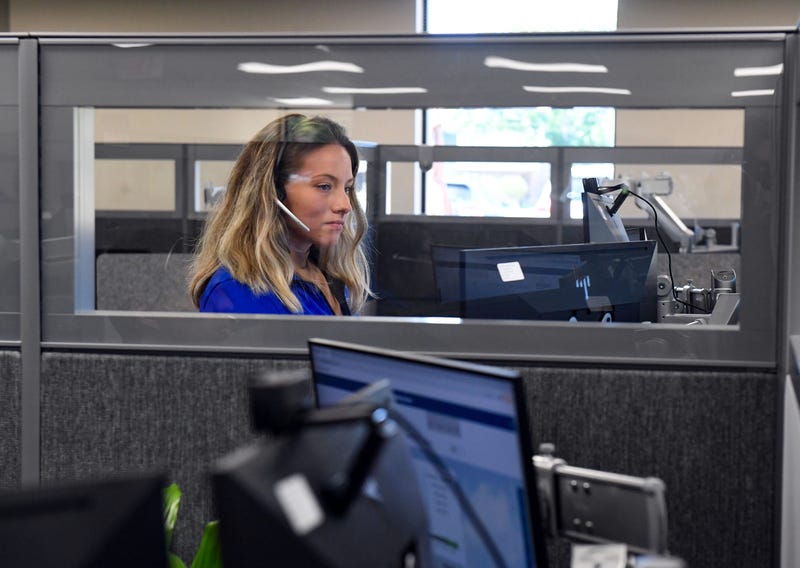 The state-wide suicide prevention call center in Greenville County has seen an influx of increased calls since the launch of the 988 hotline in July.

Director of Crisis Intervention Services for Mental Health America of Greenville County, Kathy Eckart, said they were warned to expect several times their previous call volume at the hotline’s launch.

The week after the launch, there was a 101 percent increase in calls, which stabilized at 84 percent the following week.

This has put a strain on the call center and led to some calls being rerouted to mental health call centers in other states.

While all part of the nation-wide service, Eckart explained that rerouting these calls forces callers to wait longer for help among other issues.

“The other drawback is that other states would not be acquainted with our resources internally or some of the things that are – procedures that are in the state,” Eckart continued. “or just even the fact that the mental health center system, they may not have that in their state to know that we have it here.”

You can listen to Kathy Eckart's full interview about the call center and new 988 hotline below:

All student IDs for 7th grade and up will also have 988 on them, which will likely further increase incoming calls as schools return later this month.

She says a primary avenue for this potential funding would be through legislature when session returns.

An application was also submitted by the non-profit asking for $1.3 million to establish a second call center in Charleston, which is currently under development.

For more about Mental Health America of Greenville County and the services they provide, visit their website by clicking here.