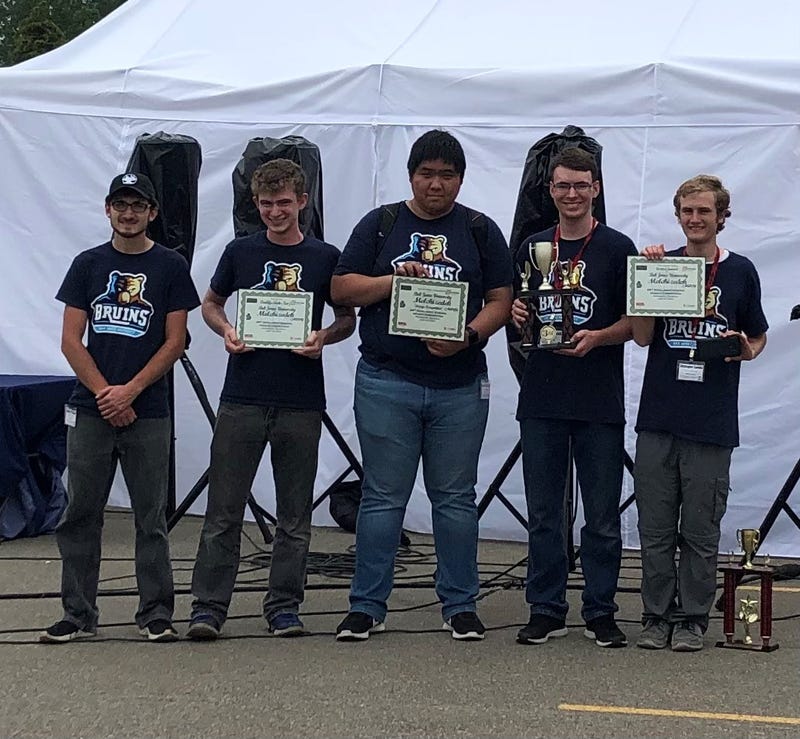 GREENVILLE, S.C. (June 10, 2021) – The Bob Jones University robotics team placed second in design and second overall in the 28th annual Intelligent Ground Vehicle Competition (IGVC) at Oakland University in Rochester, Michigan, June 4-7. The team was awarded a total of $2,000 in prize money and presented with a trophy commemorating their achievement.

BJU entered two robots, Bruin 3 and Melchizedek, in the Self-Drive and the Autonomous-Navigation Challenge events, respectively. Both events required teams to design, build and program an autonomous vehicle that could successfully navigate a specified course in the least amount of time. Teams were also required to submit a written report and give an oral presentation explaining their design.

“This was an exciting event and a great learning experience for the students,” said Dr. Bill Lovegrove, head of the Department of Engineering. “We enjoy competing against other schools and comparing the strength of our engineering program.”

Since 2005, University teams have regularly participated in the IGVC.

Established in 1993, the IGVC is overseen by the U.S. Army’s Combat Capabilities Development Command Ground Vehicle Systems Center (formerly known as TARDEC) and the Association for Unmanned Vehicle Systems International.