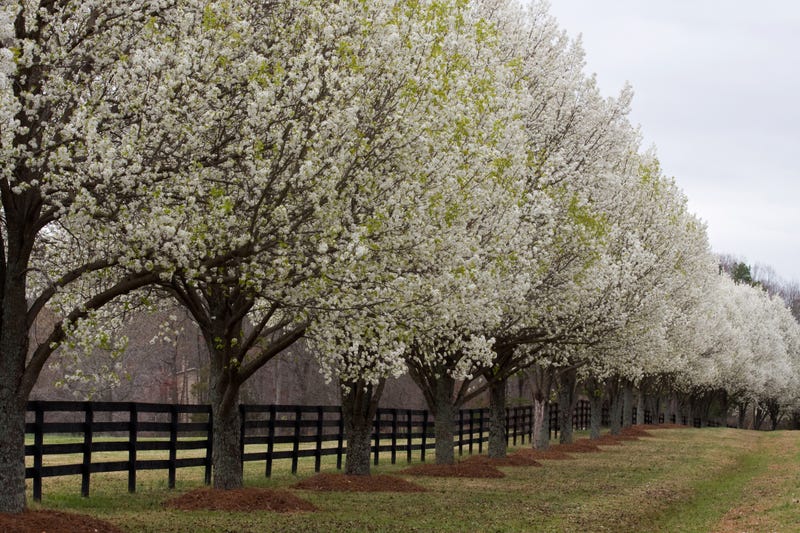 Sales of the Bradford and Callery Pear trees at nurseries are being banned in the state of South Carolina starting in October of 2024 due to the negative impact the plant has had on the local ecosystem.

The Bradford pear tree is a popular species of tree originally imported from China and Vietnam that blooms in the spring with a beautiful white flower.

But despite their beauty and popularity, the invasive species has proven detrimental to South Carolina’s local ecosystem to to their potential to go feral and produce callery pears.

“Those are extremely detrimental for a lot of reasons,” said Dr. David R. Coyle, a Forest Health and Invasive Species Assistant Professor at Clemson University, whose research often revolves around the Bradford and Callery Pear trees.

He has also been involved with the annual Bradford Pear Bounty program put on by the university with the goal of encouraging South Carolinians to replace their Bradford pear trees with more native options.

“They’re bad for biodiversity. They have really sharp thorns on them that can pop tires, injure animals. It costs a lot of money to get them off your property once you have them on there. And it all starts from the Bradford Pear.”

He also explained that while the ecological impacts as he discussed are very notable, the full extend of their impact is still under investigation.

Dr. Coyle said he is very happy to see the ban, but he explained that it will take a lot of time and effort to reverse the damage the invasive species has done.

In the meantime, for those looking to replace their Bradford Pear trees, Dr. Coyle recommended several local alternatives.

“For flowering trees in the spring, try redbud, serviceberry, anthracnose-resistant dogwood cultivars, or fringe tree. Blackgum and yellowwood give great fall color. Viburnum is nice too.”