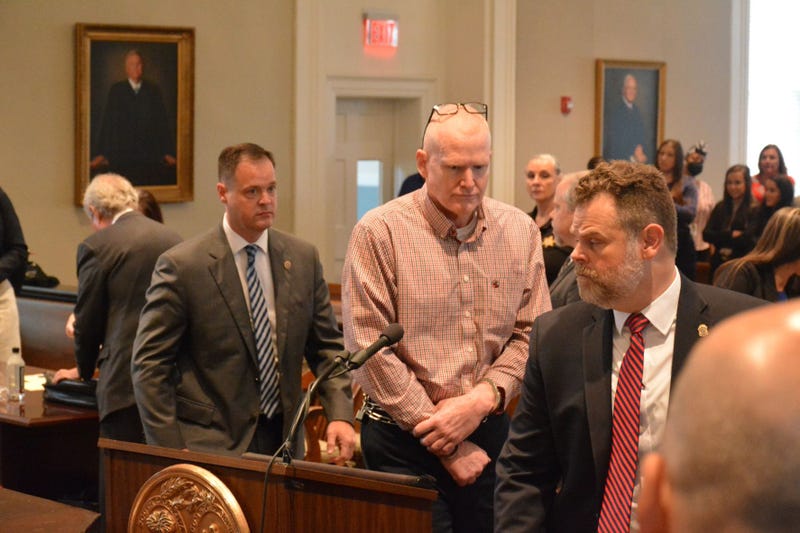 Alex Murdaugh is back in Colleton County to be tried for the murders of his wife and 22 year old son at the family's estate in June of 2021. It's only twenty minutes from the Walterboro courthouse where his arrival Monday morning was met by a crowd of media members from around the country and overseas.

Murdaugh stepped out of a black, unmarked SUV and was ushered past a phalanx of cameras, his shackled hands hidden beneath the blue blazer he was carrying, ignoring reporters shouting questions, most asking whether he had anything to say -- he didn't.

The jury will eventually be cut down from nearly a thousand questionnaires mailed to registered voters throughout the Fourteenth Judicial District, to the hundred or so who are actually part of the selection pool at the courthouse, and finally to twelve trial jurors and six alternates. The selection process is expected to last several days, the trial at least three weeks.