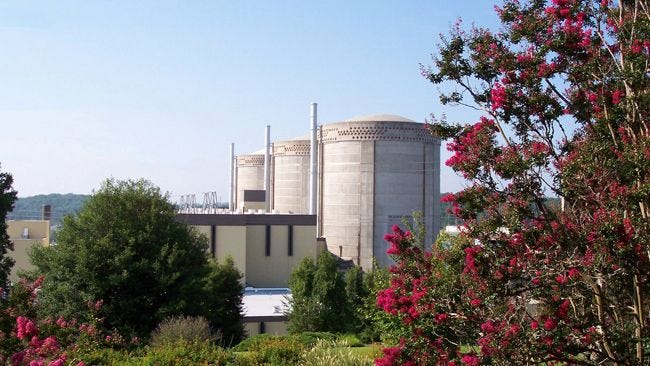 Oconee, located on Lake Keowee in Seneca, S.C., is Duke Energy’s largest nuclear station, with three generating units that produce more than 2,500 megawatts of carbon-free electricity. Oconee’s operating licenses remain current through the early 2030s; the subsequent, or second, license renewal would extend the operating licenses to 2053 and 2054.

This is the first Duke Energy nuclear station application submitted to the NRC for subsequent license renewal; the company announced in 2019 it will seek to renew the operating licenses of the 11 reactors it operates at six sites for an additional 20 years.

“A diverse, increasingly carbon-free energy mix is important for customers. And, nuclear energy is a proven part of that mix having provided our Carolinas customers with clean, safe and reliable electricity for decades,” said Kelvin Henderson, Duke Energy chief nuclear officer. “Our nuclear stations remain economic drivers for their communities, providing thousands of well-paying jobs, significant tax revenues, partnership opportunities and other benefits.”

The Duke Energy nuclear fleet plays an important role in lowering the company’s and nation’s carbon emissions. In 2020, operation of the nuclear fleet avoided the release of nearly 50 million tons of carbon dioxide (if that same generation was produced with coal, oil and natural gas) and provided 83% of the company’s carbon-free generation. The company has set aggressive carbon reduction goals of at least 50% by 2030 and net-zero by 2050 from electricity generation, and keeping its nuclear fleet operating is key to achieving these goals.

Just as home and business owners maintain their investments through improvements and regular maintenance, Duke Energy continuously implements new technology and other upgrades at its nuclear plants. These include replacing and/or upgrading turbines, steam generators, motors, control systems, pumps and more.