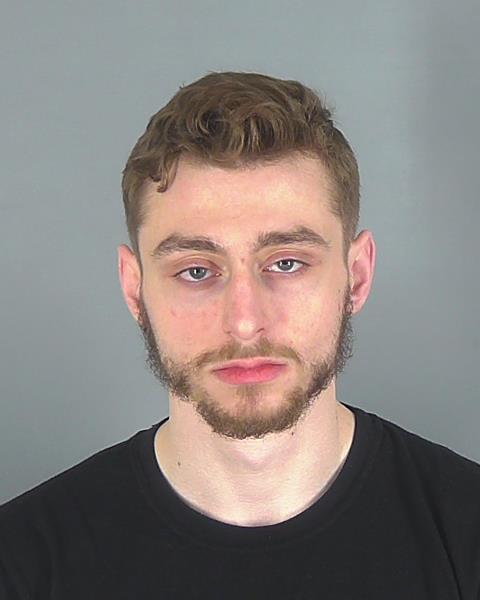 A weekend road rage incident in the Upstate led to shots being fired and the arrest of a suspect. The Spartanburg County Sheriff's Office responded to a report of shots fired at the intersection of Abernathy Highway and Shoresbrook drive just after 1230 Sunday afternoon.

Deputies learned that a verbal argument happened between a suspect and people in another vehicle over erratic driving. The suspect identified as 19 year old , Jeremiah Robert Jansen of Inman then began firing shots at the victim's vehicle, striking it multiple times. One round hit the headrest of the passenger, she ducked avoiding being struck by the shot.

Investigators say, Jansen then pointed the gun toward the victim's vehicle again. The driver then returned fire hitting Jansen's car causing him to lose control, he then hit another vehicle and ran off the road. Jansen then allegedly pointed the gun at a 3rd victim who was checking on him after the crash. Witness statements supported that victim's account.

The original victim was not charged for shooting back, as their actions were ruled self defense. Jansen faces charges for two counts of Attempted Murder, shooting into an occupied vehicle. a weapons violation, pointing and presenting a firearm and reckless driving. He was booked into the Spartanburg County Jail on Sunday and was released Monday on an $80,000 bond.