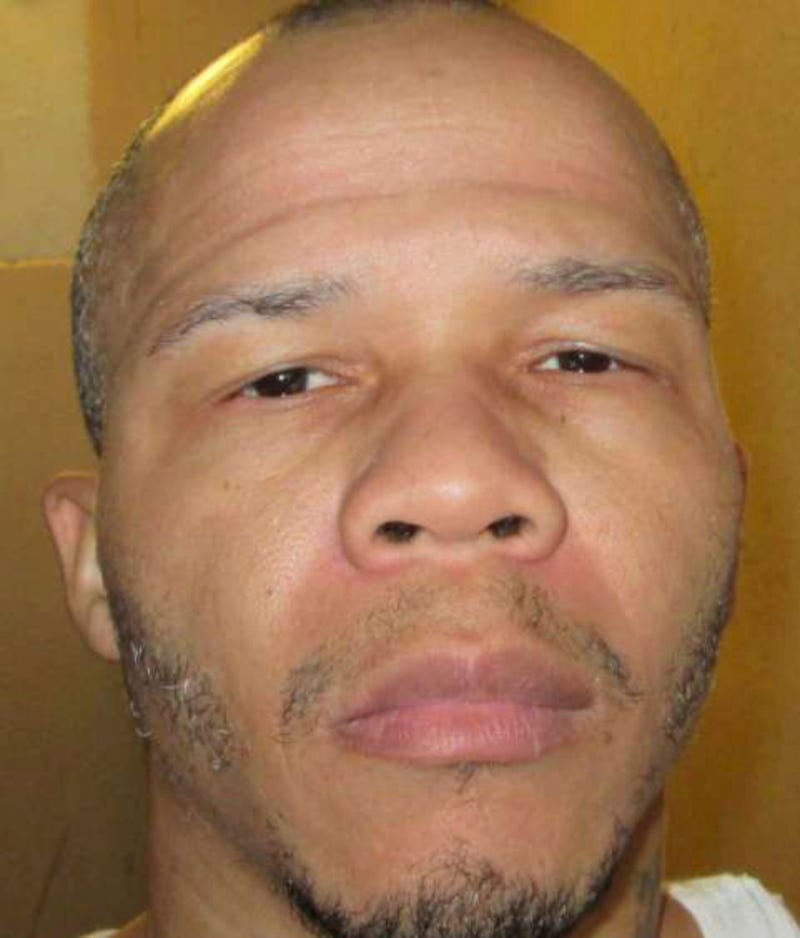 MONTGOMERY, Ala. (AP) — A federal appeals court on Wednesday blocked the state from executing an inmate convicted of killing a driver who gave him a ride, upholding a lower court ruling that he can't be put to death unless the state uses an untested, new method.

A three-judge panel of the 11th U.S. Circuit Court of Appeals refused to lift a lower court order blocking the execution of Matthew Reeves. The execution was originally set for Thursday and could still take place since the state attorney general's office has appealed to the U.S. Supreme Court to let the lethal injection procced.

The Department of Corrections already has notified potential witnesses in the event it can move forward with the execution of Reeves, which was put on hold by a federal judge earlier this month. A Corrections spokeswoman said in a later email that the department was getting set to administer the lethal injection Thursday evening if it's ultimately given official notice to go ahead.

The state had asked the appeals court to lift a lower court injunction and allow the execution, but the panel refused in a decision that said a judge didn't abuse his discretion in blocking the scheduled execution.

Reeves, 43, was sentenced to die for the murder of Willie Johnson, who was killed by a shotgun blast to the neck during a robbery in Selma on Nov. 27, 1996, after picking up Reeves and others on the side of a rural highway. Reeves was 18 at the time. Evidence showed he went to a party and celebrated the killing afterward.

The dying man was robbed of $360, and then Reeves danced and mimicked Johnson’s death convulsions at a party soon after, according to that evidence. A witness said Reeves’ hands were still stained with blood at the celebration, a court ruling said, and he bragged about getting a “teardrop” tattoo to signify that he’d killed someone.

The European Union ambassador to the United States, Stavros Lambrinidis, sent a letter asking Alabama Gov. Kay Ivey to block the execution citing Reeves' claims of an intellectual disability. Ivey also has received a clemency bid from Reeves' attorneys and will consider all such requests, an aide said.

Alabama inmates had a chance to sign a form choosing either lethal inject o r nitrogen hypoxia as an execution method in 2018 after legislators approved the use of hydrogen, but Reeves was among the inmates who didn't fill out the form stating a preference. A poor reader, Reeves is intellectually disabled and wasn't capable of making such a decision without assistance that should have provided under the American With Disabilities Act, his lawyers argued.

With Reeves contending he would have chosen nitrogen hypoxia over lethal injection had he understood the form, the defense filed suit asking a court to halt the lethal injection citing the lack of assistance from prison officials under the law. U.S. District Judge R. Austin Huffaker, Jr. blocked the execution, ruling that Reeves had a good chance of winning the claim.

While a defense expert concluded that Reeves reads at a first grade level and has the language competency of someone as young as 4, the state disagrees that Reeves has an intellectual disability that would prevent him from understanding his options. The inmate was able to read and signed other forms through the years, it argued.

An Alabama inmate who was put to death by lethal injection last year, Willie B. Smith, unsuccessfully raised claims about being intellectually unable to make the choice for nitrogen hypoxia.

The state has said it plans to have a system for the new execution method ready by the end of April, court documents show, but the state has argued against delaying Reeves' execution until then.

Any delay is the fault of the state given how long it has taken to implement the new system, the 11th Circuit ruled.

In July, the U.S. Supreme Court reversed an 11th U.S. Circuit finding and said a state court had correctly rejected claims that Reeves had ineffective counsel at trial because they did not hire a neuropsychologist to present evidence he is intellectually disabled.

This version corrects throughout that Alabama’s untested, new execution method is referred to as nitrogen hypoxia, not hydrogen hypoxia.