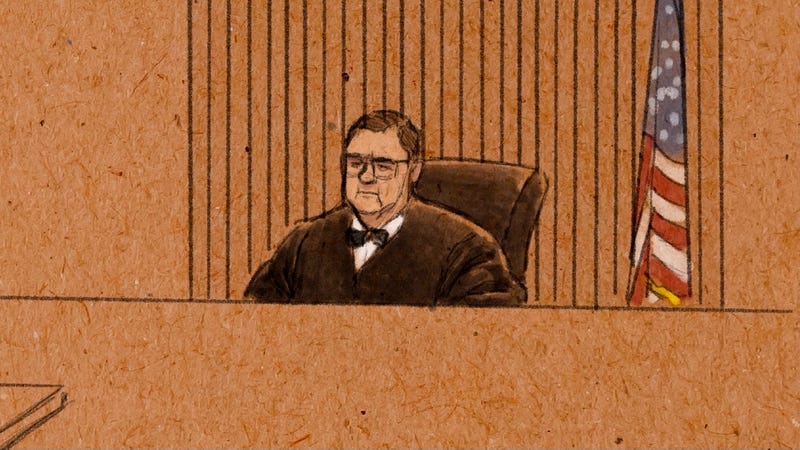 ST. PAUL, Minn. (AP) — Prosecutors in the trial of three former Minneapolis police officers on civil rights charges in George Floyd’s killing asked the judge to open at least parts of a hearing Friday on the admissibility of some evidence.

A jury was seated in a single day Thursday for Tou Thao, J. Kueng and Thomas Lane, who are charged with depriving Floyd of his rights while acting under government authority. Opening statements are Monday.

Judge Paul Magnuson has limited access to the trial to five media pool seats and a small number of family members for the defendants, with other media and the general public in an overflow room with a closed-circuit feed that has limited views. Magnuson has cited the coronavirus pandemic, and rejected earlier media attempts to expand access.

The prosecution filing said that Friday's hearing deals with defense motions to exclude certain evidence, including still images from video of Floyd's May 25, 2020, arrest; side-by-side exhibits that will play two videos at once; and dispatch and 911 calls.

Prosecutors said they were notified that the hearing would be closed because the parties would be reviewing evidence that would be shown but might not be admitted at trial. But they said both sides have agreed that the visual content is admissible, and the motion for exclusion is only over prosecutors' proposal for how it is displayed. And they said the dispatch and 911 calls don't need to be played at Friday's hearing.

Their filing says neither side requested the closure.

Under long-standing federal court rules, the proceedings are not being livestreamed or broadcast to the public, in contrast to last year's murder trial in state court of Derek Chauvin, the white former Minneapolis officer who kept Floyd pinned to the pavement with his knee on his neck despite the Black man's pleas that he couldn't breathe. The judge in that case made an exception to the state's normal limits on cameras, citing the need for public access during the pandemic.

Magnuson earlier rejected the media coalition's request for same-day access to trial exhibits. He said he'll decide on releasing those exhibits at the end of the case, and will consider factors such as the defendants' right to a fair trial in state court on charges of aiding and abetting both murder and manslaughter, which is set to begin June 13.

Find AP’s full coverage of the death of George Floyd at: https://apnews.com/hub/death-of-george-floyd