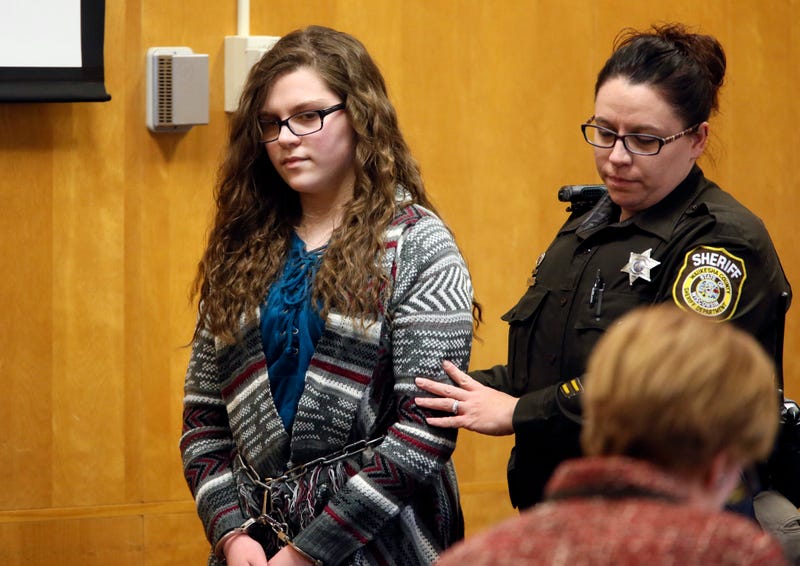 Waukesha County Judge Michael Bohren on Friday ordered 19-year-old Anissa Weier released from the Winnebago Mental Health Institute in Oshkosh, ruling she's no longer a threat and conditions on her release should protect both her and the community. Weier has spent nearly four years at the facility.

Bohren scheduled her release for Monday, but it's unclear whether Weier has left the facility. Officials with the state Department of Health Services, which oversees Winnebago, have repeatedly refused to so much as acknowledge Weier was a patient out of privacy concerns. Weier's attorney, Maura McMahon, said she's not allowed access to Weier's transportation plans. She didn't immediately respond to a message Tuesday.

Steve Lyons, a spokesman for victim Payton Leutner's family, said Tuesday that they're disappointed with Bohren's decision and Weier should have served more time at Winnebago.

“We're just nervous that she's going to be out,” Lyons said. “We're nervous about the potential of what could happen.”

Weier and a friend, Morgan Geyser, both were committed to Winnebago after pleading guilty to attacking Leutner when they were all 12 years old.

Geyser stabbed Leutner multiple times in a Waukesha park as Weier urged her on. Leutner suffered 19 wounds — including one that narrowly missed her heart — and barely survived.