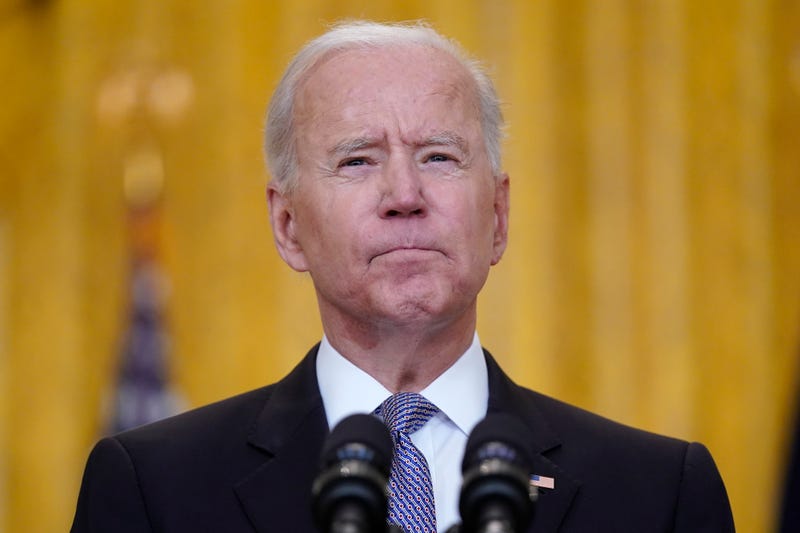 WASHINGTON (AP) — President Joe Biden and administration officials have encouraged Prime Minister Benjamin Netanyahu and other top Israeli officials to wind down the bombardment of Gaza, a person with knowledge of the discussions said Tuesday, as the Israeli and Palestinian death tolls mounted and pressure grew on Biden to move more forcefully to stop the fighting.

Top Biden administration officials underscored to the Israelis on Monday and Tuesday that time is not on their side in terms of international objections to nine days of Israeli airstrikes and Hamas rockets, and that it is in their interest to wind down the operations soon, according to the official, who was not authorized to comment publicly on the private talks and spoke on condition of anonymity.

The account shows Biden administration officials going further privately in messaging to Netanyahu than they have previously revealed. A White House readout of a Biden call to Netanyahu on Monday said Biden had expressed support for a cease-fire, but said nothing about the U.S. urging Israel to bring fighting to a close.

The fighting has killed at least 213 Palestinians and 12 people in Israel, and tested both Biden's reluctance to publicly criticize Israel and his administration's determination not to bog down its foreign policy focus in Middle East hot spots.

“If the Biden administration can exert all of their pressure to bring an end to the aggression against our people, nobody is going to stand in their way,” Mansour said.

France, in consultation with Egypt and Jordan, on Tuesday was preparing a U.N. Security Council resolution calling for a cease-fire, Zhang Jun, China's U.N. ambassador, and other diplomats told reporters. The move to put the U.N.'s most powerful body behind a demand for Israel and Hamas to stop hostilities came after the U.S. repeatedly blocked what would have been a unanimous Security Council statement expressing concern about the fighting.

The White House has so far resisted the calls for ramping up public pressure on Netanyahu. It has made the calculation that Israelis will not respond to international resolutions or public demands by the U.S. and that its greatest leverage is behind-the-scenes pressure, according to the person familiar with the administration’s discussions.

The person said that the Israelis have signaled that it is possible their military campaign could end in a matter of days.

The effort to press U.S. ally Israel to find an endgame to the military campaign in Gaza came amid a split this week among House Democrats on whether to step up pressure for a cease-fire and call for more forceful U.S. diplomacy to end the fighting.

Democrats on the House Foreign Affairs Committee weighed — but on Tuesday shelved — writing Biden to demand that he delay a pending $735 million sale of precision-guided missiles to Israel.

Dozens of progressive and mainstream Democratic lawmakers already have called for a cease-fire between Israel and Gaza's Hamas militants, and some Democrats are demanding Biden push harder for an end to fighting.

Committee member Rep. Joaquin Castro, D-Texas, was among the Democrats seeking a harder line, saying he has “serious concerns about the timing of this weapons sale, the message it will send to Israel and the world about the urgency of a cease fire.” He said late Monday that the Biden administration “must use every diplomatic tool to de-escalate this conflict and bring about peace.”

Committee chair Rep. Gregory Meeks, D-N.Y. said the lawmakers expect an administration briefing Wednesday on the crisis. House Majority Leader Steny Hoyer on Tuesday acknowledged the difference between a growing number of progressive Democrats and the Biden administration on the U.S. approach to the conflict, but played it down.

“Every Democrat, and I think every Republican, wants to minimize the exposure of both sides in Gaza and in Israel,” Hoyer told reporters. “There’s a difference about how that can be done.”

Biden did not join in the calls by some of his party's lawmakers and by many foreign governments to demand a cease-fire, however.

In talks with the Israelis, administration officials have pointed to Hezbollah’s stature rising in the region after their 34-day war with Israel in 2006 to make the case for limiting the time of the military action. But Israeli officials have argued to the administration that a slightly prolonged campaign to degrade Hamas’ military capabilities is necessary and in their interest, according to the person familiar with the talks. Hamas operates in the crowded Gaza Strip, a 25-by-6-mile (40-by-10-kilometer) territory crowded with more than 2 million people.

Hamas has sought to portray their rocket barrages as a defense of Jerusalem. The Israelis have made the case to Biden administration officials that that message is losing resonance as mob violence against Arabs in mixed Israeli cities, including Lod, has been tamped down.

Administration officials are defending Biden's decision to avoid ratcheting up public pressure on Israel for its role in the fighting. The U.S. this week killed a proposed U.N. Security Council statement that would have expressed concern for civilian deaths and raised the issue of a cease-fire.

“The president has been doing this long enough ... to know sometimes diplomacy has to happen behind the scenes,” White House press secretary Jen Psaki told reporters Tuesday.

She spoke as Biden headed to a Ford electric vehicle site in Michigan to promote a green infrastructure plan.

Pressure on the White House to do more in the Israeli-Palestinian conflict dogged the trip, with <a href="https://apnews.com/article/electric-vehicles-climate-change-technology-business-government-and-politics-649f31e802316ae7a2dc06ad3334f6b5" rel="nofollo