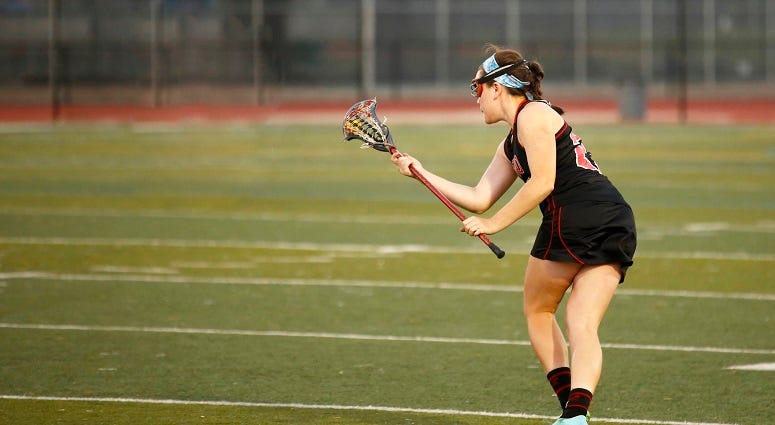 What do the NHL, NFL, and American women’s lacrosse all have in common? They didn’t originally require the use of helmets.

But while it’s hard to imagine the first two without that requirement now, the latter still doesn’t have these regulations despite becoming more of a contact sport in recent years.

That’s a fact that Rob Stolker, a father of four female athletes, is working to change.

“It was six and a half years ago… my two youngest asked me to play lacrosse. I took them to the field; the boys were on one side wearing big hard helmets and the girls were on the other side not wearing anything on their heads,” Stolker said.

He explained that lacrosse is played with an extremely hard and solid ball and is thrown with a lot of force throughout games between players.
This is done using sticks with nets on the ends.

“I started asking questions, and immediately I didn’t like the answers that I was getting. I couldn’t believe it,” Stolker said.

Through his and others’ efforts in recent years, several states have begun discussing enacting helmet requirements for women’s lacrosse.

However, a sweeping requirement for all of American women’s lacrosse has yet to be passed.

Stolker said one of the main reasons this shift hasn’t happened is because women’s lacrosse is not seen as a contact sport like the male sport. However, there are regulations appearing allowing for some contact such as light checking and ‘stick-to-head’ regulations.

“The game’s changing as it is, but what I got was ‘the boys and girls games are different and girls don’t need helmets because it’s not the physical sport that the boys game is,” Stolker said regarding arguments he’s received pushing against helmets in women’s lacrosse. “Meanwhile, it is. The couple studies show that it’s the second highest concussion sport, not for any other reason than most of the injuries we hear about and even science shows, that most of the injuries are from accidental balls and sticks to the head.”

As part of this effort, Stolker has helped develop a women’s athletic helmet similar to the sturdy protective helmets used in men’s athletics but with a few small changes, such as a ponytail hole for girls with long hair.

Stolker also said a book is being released later this month that serves to compile various research on the topic of helmets in athletics and individual stories from numerous female athletes.