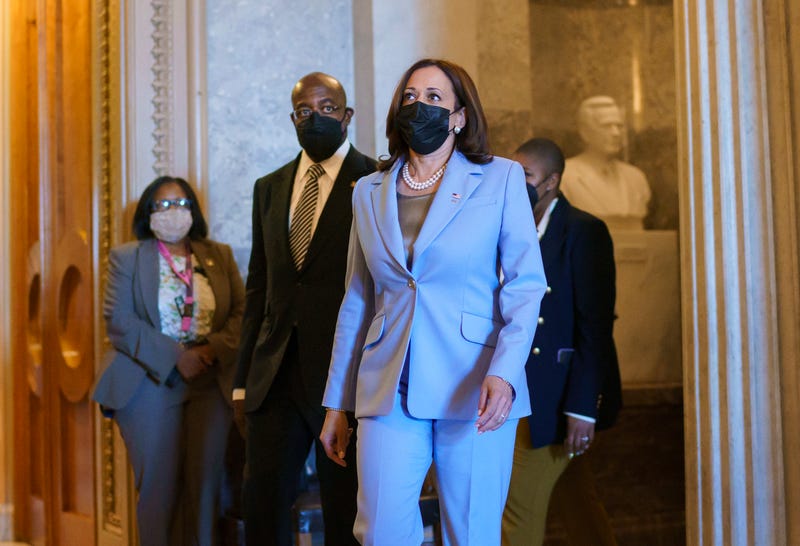 In an early preview of the goals for her trip to Singapore and Vietnam, Harris deputy national security adviser Phil Gordon said the vice president will emphasize the Biden administration’s commitment to a free and open Indo-Pacific region, with a focus on reinforcing regional security in the area.

“The vice president will meet with government officials, leaders, people in the private sector and civil society, and she’ll focus on strengthening U.S. leadership, expanding security cooperation, deepening economic partnerships, defending the international rules-based order, in particular in the South China Sea, and standing up for our values as we do with all of our friends and partners,” he said.

The full details of Harris’ trip are still being worked out, but for her second foreign trip and first trip as vice president overseas, she is planning a weeklong engagement in the region — from Aug. 20 to 26 — a significantly longer trip than her two-day tour through Guatemala and Mexico in June. Then, she met with the leaders of both countries to discuss ways to address the root causes of migration to the U.S. from the region, a central focus of her portfolio as vice president.

Harris has had less public engagement in Southeast Asia, but Asia has been a central focus for the Biden administration from the beginning of Joe Biden’s presidency, as he’s sought to counter China’s diplomatic and military incursions in the region.

Relations between the U.S. and China deteriorated sharply under Biden’s predecessor, Donald Trump, and the two sides remain at odds over a host of issues including technology, cybersecurity and human rights.

Last week, during a speech at the Office of the Director of National Intelligence, Biden warned that Chinese President Xi Jinping is “deadly earnest about becoming the most powerful military force in the world, as well as the largest and most prominent economy in the world by the mid-'40s, the 2040s.”