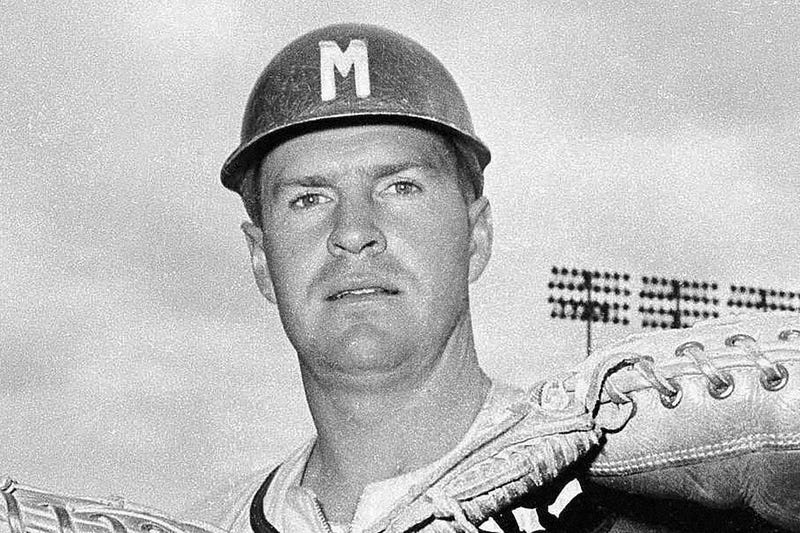 MISSION VIEJO, Calif. (AP) — Del Crandall, a star catcher who played on two Milwaukee Braves teams that reached the World Series in the 1950s before managing the Milwaukee Brewers and Seattle Mariners, has died. He was 91.

“Dad was a humble man,” Bill Crandall said. “He was just a good man, a good example of what a man should be. He treated everybody fairly. He didn’t take his celebrity seriously at all.”

Crandall was one of the best defensive catchers in the 1950s and '60s. He was a member of the Braves’ 1957 World Series championship team as well as the 1958 squad that lost the World Series. He homered against the New York Yankees in each of those matchups.

According to the Society for American Baseball Research, Crandall was the last surviving member of the Boston Braves.

He was a four-time Gold Glove winner who appeared in 11 All-Star Games over eight seasons. He played in each of the two All-Star Games that were held during the 1959, 1960 and 1962 seasons.

He had a career batting average of .254 with 179 homers and 657 RBIs. He led all NL catchers in fielding percentage four times and threw out the most potential base stealers of any NL catcher in five seasons. He was also behind the plate for two outstanding Braves pitchers in Warren Spahn and Lew Burdette.

Crandall was a longtime teammate of Hall of Famer Hank Aaron, who died in January. When Aaron joined the Milwaukee Brewers in 1975, Crandall was his manager.

Crandall was managing the Brewers when Hall of Famer Robin Yount began his MLB career in 1974 at the age of 18.

“Fortunately he saw enough potential in a raw 18-year-old kid to give me a chance,” Yount said in his Hall of Fame induction speech. “I’m grateful for that.”