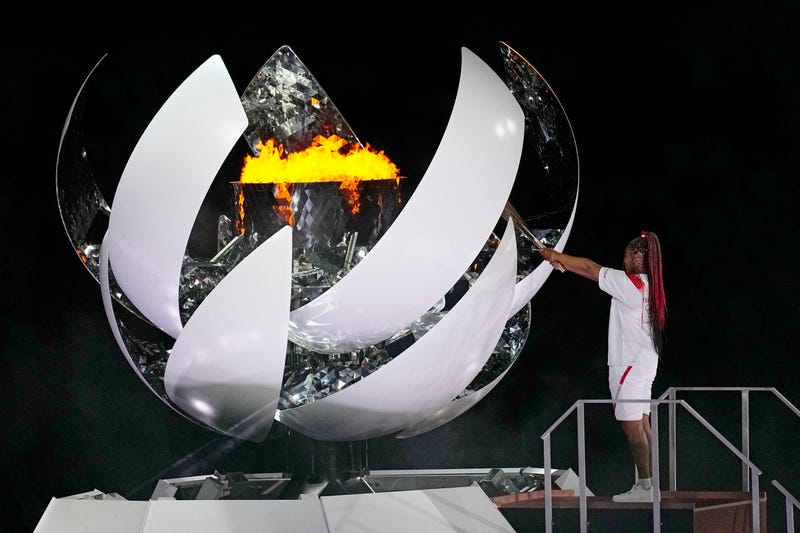 TOKYO (AP) — What a moment for Naomi Osaka. For the new Japan. For racial injustice. For female athletes. For tennis.

The four-time Grand Slam winner lit the cauldron at the opening ceremony of the Tokyo Olympics on Friday.

It was a choice that could be appreciated worldwide: In Japan, of course, the country where Osaka was born and the nation that she plays for; in embattled Haiti because that’s where her father is from; and surely in the United States, because that’s where the globe’s highest-earning female athlete lives and where she has been outspoken about racial injustice.

Plus, everywhere in between, because Osaka is a superstar.

But she has often received an uncomfortable welcome in Japan because of her race, with her family having moved to the U.S. when she was 3. Her emergence as a top tennis player has challenged public attitudes about identity in a homogeneous culture that is being pushed to change.

It’s always a mystery until the last moment who gets the honor of lighting the cauldron.

Sadaharu Oh, Shigeo Nagashima and Hideki Matsui were among the baseball greats who took part in bringing the flame into the stadium. And in a country where baseball is the No. 1 sport, Osaka was not necessarily expected to be given the ultimate honor.

But there she was at the center of the stage when a staircase emerged, the cauldron opened atop a peak inspired by Mount Fuji and Osaka ascended with the Olympic and Japanese flags blowing in the breeze off to her left. She dipped the flame in, the cauldron ignited and fireworks filled the sky.