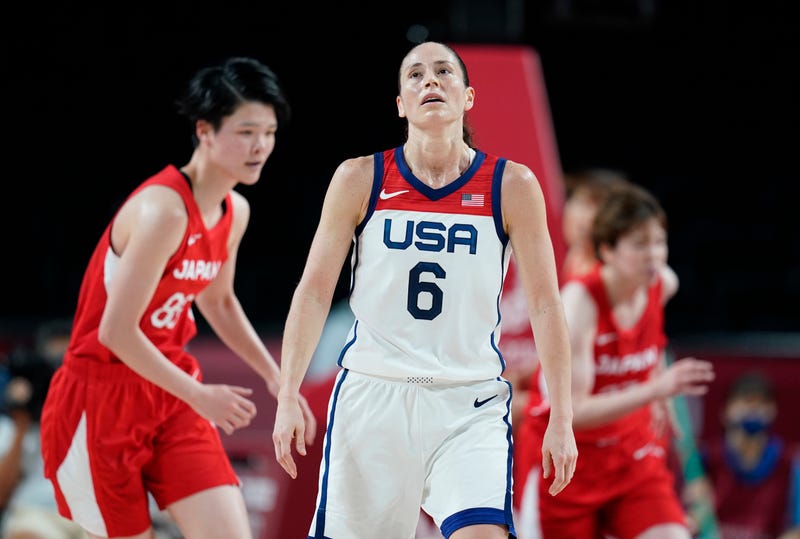 SAITAMA, Japan (AP) — The U.S. women’s team isn’t clicking at the Tokyo Games the way the Americans would like and one reason is the different styles of play they have encountered so far.

The Nigerians, who got within single digits of the Americans, were an athletic team; Japan spaced the floor with 3-point shooters and France will try to use their size against the U.S. when group play wraps up Monday.

“We got the hardest group because of so many different styles of play,” U.S. coach Dawn Staley said. “France will pose its challenge with us since they have bigs who can score and guards who can shoot the basketball. Par for the course. We had Nigeria, we just had Japan, it doesn't get any easier.”

The Americans have six newcomers on their roster but are used to blowing teams out in the Olympics during their current run of six consecutive gold medals. The 13-point average margin of victory in the first two games in Japan is far below that of the previous six Olympics when they would run through teams.

“It’s just good basketball going on right now in the world, and I think we’re going to be fine,” said Brittney Griner. “Everybody’s kind of looking at it like, ‘Oh my God,’ but it’s not an ‘Oh my God moment.’ We’re doing what we need to do right now.”

This U.S. squad is more reliant on its dominant post players like Griner, A'ja Wilson and Breanna Stewart. The Americans are playing a more half-court style than the free flowing up and down offense that leads to easy points on fast break.

The Americans are averaging just 18 points on the break in the first two games — a nine-point win over Nigeria and 17-point victory over Japan — and are scoring 19 points a game less than the 2016 team. The U.S. is turning the ball over 21 times a game — the most of any team in the tournament. The Americans also are only forcing 10 miscues a game which is the least.

“I feel like we’ve been telling you guys for years that we’re making it look easy, something that’s really hard,” five-time Olympian Sue Bird said Friday. “Now what you’re seeing is, we told you so, it is hard. That’s not to say we’re not headed in the right direction.”

A look the women’s field heading into the final games in group play: