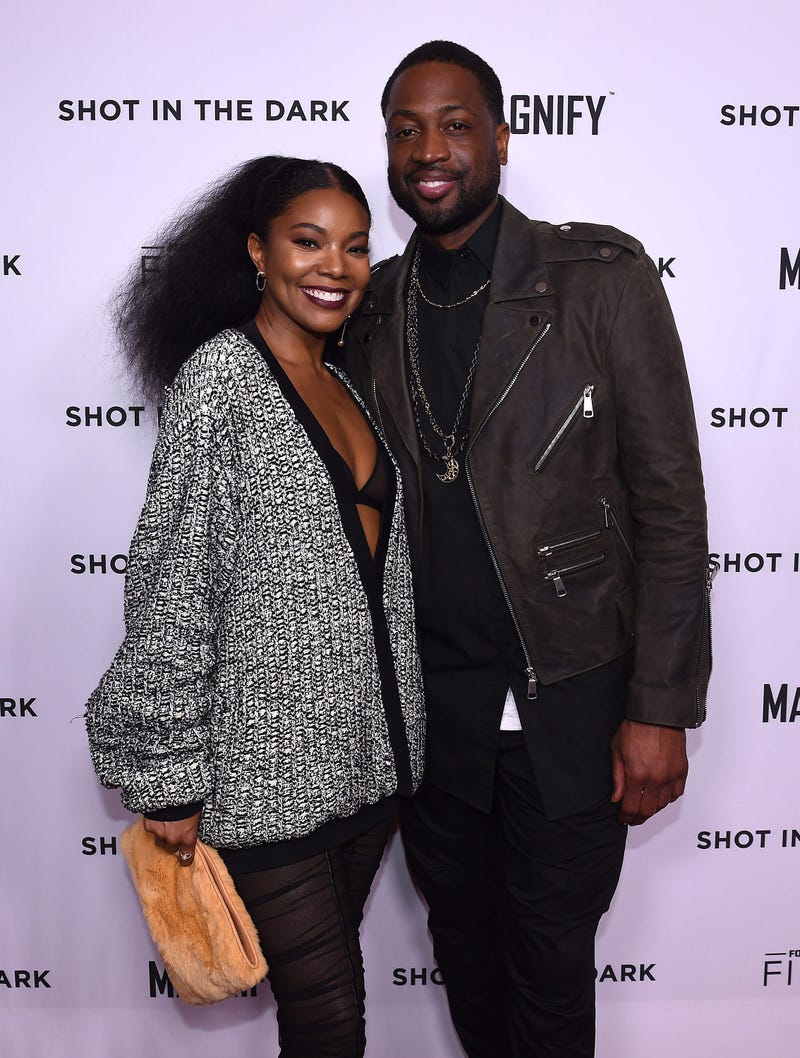 Gabrielle Union and husband Dwayne Wade's 12-year-old will now go by Zaya. Just recently the celebrity couple announced in posts on social media that their child is transgender and will be using she/her pronouns. The announcement was met with mostly positivity on various media platforms. The duo has been very outspoken about their advocacy for the LGBTQ+ community for quite some time now.

"Meet Zaya. She's compassionate, loving, whip-smart and we are so proud of her," Union stated. "It's OK to listen to, love and respect your children exactly as they are. Love and light good people."

Wade made an appearance on "The Ellen DeGeneres Show" Tuesday discussing how having one of his children coming out as transgender changed him as a father and person. Wade admitted that he hadn't always been so understanding of the LGBTQ+ community, but has learned to be more open-minded and committed to learning more about the community. He spoke about how Zaya approached the conversation on announcing her being transgender.

"Our 12-year-old... came home and said, 'Hey, I want to talk to you guys,'" Wade said. "'I think going forward I'm ready to live my truth. I wanted to be referenced as she and her [and] I would love for you to call me Zaya.' Internally now it's our job to go out and get information."

Union and Wade reached out to the entire cast of the FX show "Pose" in hopes to obtain advice on how to properly raise their now daughter. "Pose" stars Hailie Sahar and Angelica Ross are just a few of the cast members that expressed support for the family on twitter. "Absolutely beautiful... I stand with you Zaya," stated Sahar in a twitter post in response to Union's introduction to Zaya.

Though the announcement was met with mostly favorable responses, negativity always finds a way to creep in. There was some negativity on twitter but those few nasty comments were quickly shut down by those in support of the parents and Zaya.

If someone doesn't accept or fully understand something, it should never be acceptable to hurl insults or shame another individual for living their truth. It is important to be able to voice your opinion, but it is also important to be respectful, open and receptive.  Hopefully, the recent news of Zaya announcing her new identity will lead to more healthy discourse and understanding of the subject.