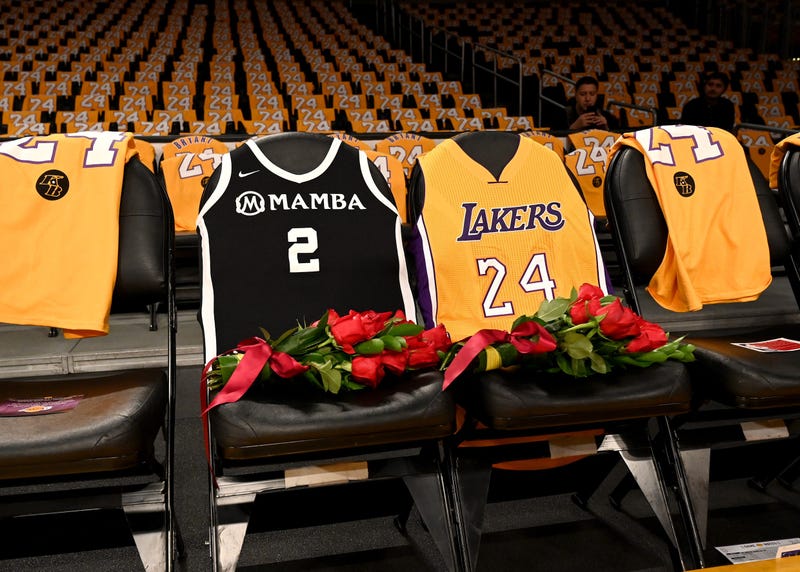 The world is still in disbelief that we lost NBA legend Kobe Bryant so soon. Kobe, alongside his 13-year-old daughter Gianna tragically died in a helicopter crash along with seven others two weeks ago. Since then, monuments around the world have remained purple and gold, celebrities have shared their most intimate Kobe stories, and basketball will forever be changed. Vanessa Bryant has even shared some of her emotions with us via Instagram, and we all know nothing in the world can take away the pain she is feeling right now.

While we’re all still in the process of mourning this sudden loss, Entertainment Tonight reports that Kobe and Gigi were laid to rest in a private funeral in Corona Del Mar, California this past Friday. “Vanessa and the family wanted a private service to mourn their loss,” a source told the publication. “The ceremony was extremely hard for everyone as it’s still hard for them to grasp they lost two beautiful souls.”

Kobe is survived by his wife, Vanessa Bryant, and the three other children they shared, Natalia, 17, Bianka, 3, and Capri, 7 months. The NBA legend and his daughter will still receive a public ceremony at his second home, The Staples Center in Los Angeles on Monday, Feb. 24th. The date (2-24-20) is reflective and of Kobe and Gianna’s respective jersey numbers, with the 20 matching up with how long Bryant was in the NBA and the number of years he was married to his wife.