As COVID-19 cases slowly begin to decline, many are wondering when we might return to “normal.”

On Thursday, Dr. Anthony Fauci weighed in on the topic cautiously explaining that some sense of normalcy could return by the end of the year.

His prediction echoes President Joe Biden’s from earlier in the week. During a CNN town hall, he revealed that the country may be “in a very different circumstance” by Christmas.

“A year from now, I think that there’ll be significantly fewer people having to be socially distanced, having to wear a mask,” he added. “I don’t want to overpromise anything here.”

The director of the National Institute of Allergy and Infectious Diseases told MSNBC that there are many factors that will determine when Americans may be able to resume pre-pandemic behaviors. 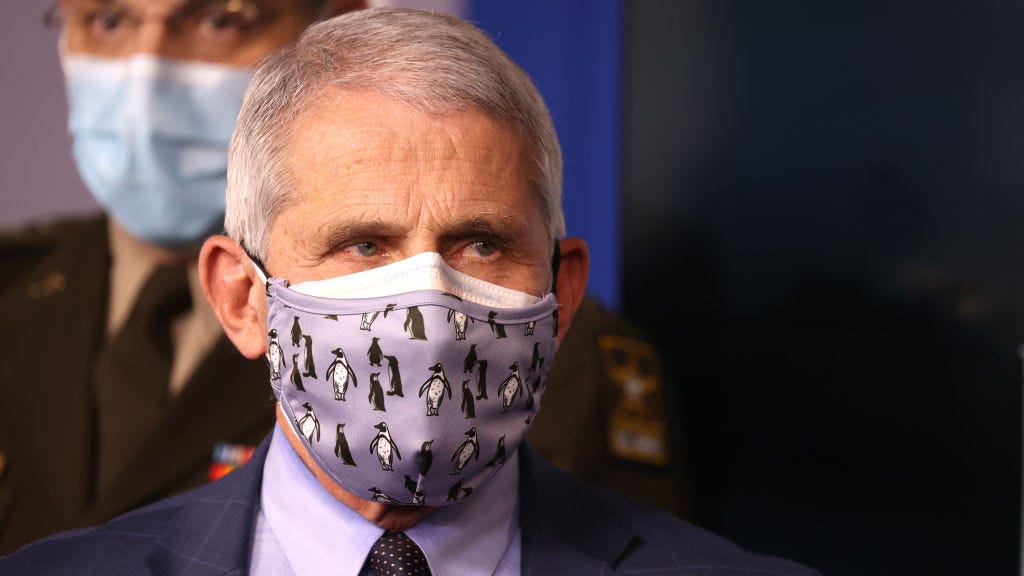 Fauci supports younger kids returning to in-person learning: 'They do not transmit as readily'

One of those factors are the “more ominous” coronavirus strains. The variants have been deemed more contagious than the initial strain, which could interfere with the otherwise hopeful timeline.

Activities such as safe indoor dining or attending a movie may be possible “somewhere between the fall and the end of the year,” while a return to life as it used to be may be closer to “the end of the year, by Christmas,” he noted.

He reiterated himself when speaking with the LA Times Today, noting that "by the time we start entering 2022, we really will have a degree of normality that will approximate the kind of normality we've been used to."

“Maybe you’re going to still have to wear masks,” he added. He previously suggested double-masking to add an extra layer of protection.

Fauci’s stance hasn’t changed much since January, when he said a return to normal wouldn’t “happen in the first few months.” 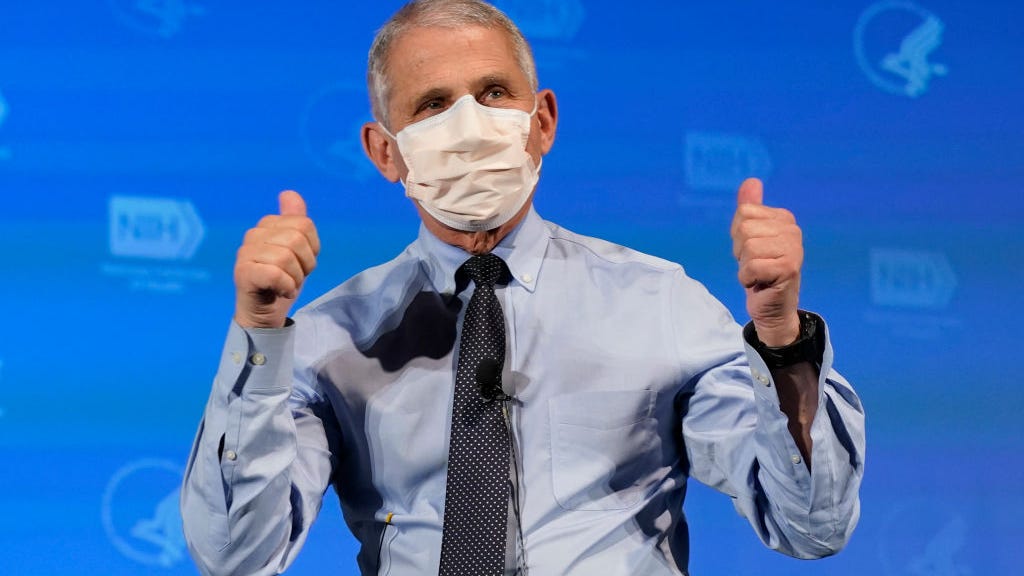 “If we do it correctly, hopefully, as we get into the end of the summer, the beginning of the fall of 2021, we can start to approach some degree of normality,” he explained.

Fauci also emphasized that research suggests that the COVID-19 vaccine can help slow the spread of the deadly virus, though they are still working to determine whether it could prevent transmission.

However, he encouraged everyone to get vaccinated and predicted that by the summer, it would be “open season” on vaccine eligibility in the United States.

Fauci initially said that by “the time we get to April,” anybody in any vaccine category could start to get vaccinated. "That timeline will probably be prolonged maybe into mid-to-late May and early June," Fauci added.

The CDC revealed that “preliminary data show that rates of #COVID19 associated hospitalizations continue to decline after peaking in early January.”

Preliminary data show that rates of #COVID19 associated hospitalizations continue to decline after peaking in early January. This decline is promising, but we should all do our part to slow the spread:
Wear a mask.
Stay 6 feet apart.
Avoid crowds.
More: https://t.co/iDFoVd3znf. pic.twitter.com/uwdd4BbzdJ

But while the decline is promising, they urged the public to do their part in slowing the spread by wearing facial coverings, staying 6-feet apart, and avoiding crowds.

In early February, the WHO revealed that 3.1 million new COVID cases were reported around the globe, which was a 17% drop from the previous week and the fourth straight week with numbers going down.

“Although there are still many countries with increasing numbers of cases, at the global level, this is encouraging,” the WHO report said. “All WHO regions reported a decline in new cases, with five out of six regions reporting more than 10% decreases.”