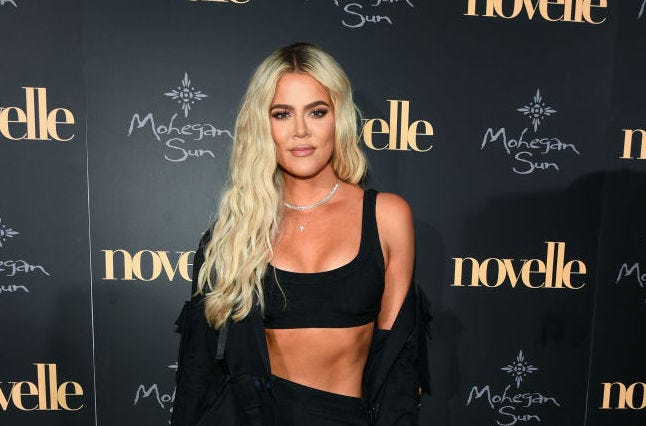 Fans aren’t the only ones wigging out over Khloe Kardashian’s new brunette hair.

After years of flaunting her blonde ambition, the “Keeping Up with the Kardashians” star turned to the dark side and rocked her natural chestnut brown locks in a new fragrance ad, according to “Today.”

To make it a totally collaborative effort, each sister helped design their own signature scent for the collection.

“Creating the KKW Fragrance Diamonds Collection with Kim and Kourtney was so inspiring,” Khloe captioned several shots from the marketing campaign.  “I wanted to create a fragrance that feels feminine, sexy and strong when I wear it.”

She added, “It’s such a dreamy scent with a mix of sweet florals and musk that can be worn from day to night.”

Khloe’s return to her brunette self comes after nearly five years as a bottle blonde.

But it turns out the darker shade was all a rouse as the “Revenge Body” star confirmed the chocolate mane was actually a synthetic weave.

“Oh my god everyone is dying over my brunette wig lol wow who knew lol,” she tweeted after getting positive feedback about her new ‘do.

So either blondes really do have more fun, or Khloe just wanted to go as her former self for Halloween.

Regardless of hair color, fans can smell like a Kardashian when The Diamonds Collection launches on November 8th at KKWFRAGRANCE.COM.

music
WATCH: Courteney Cox reveals how she and her ‘Friends’ character Monica are similar
music
2021 ACM Awards: Chris Young is going 'zero to 100' when he finally plays ‘Famous Friends’ live
sports
Tom Brady ranks sixth in 2021 MVP odds on 21st anniversary of getting drafted
sports
Hear what Mel Kiper had to say about Tom Brady on the day he was drafted 21 years ago
music
Gwen Stefani shares how being 'naïve' helped 'Don't Speak' connect, 25 years later
music
2021 ACM Awards: Why Dierks Bentley is putting the spotlight on other artists during his performance