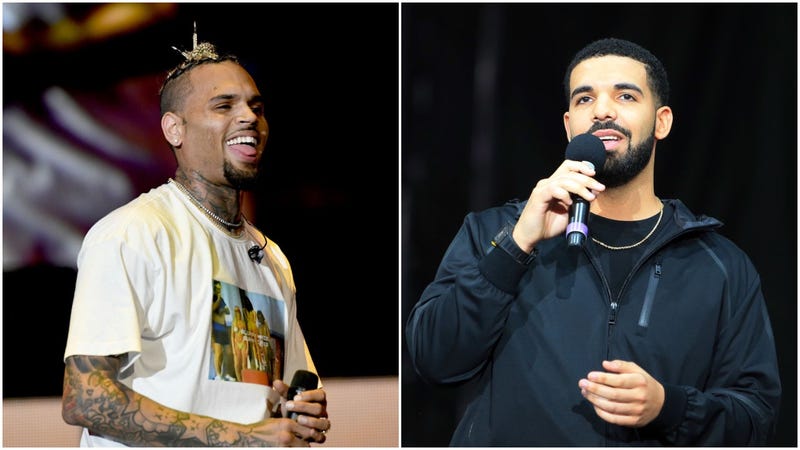 (97.1 AMP) - Legendary movie and music video director Chris Robinson talked to AMP Morning Show's Edgar & Chelsea about working with Chris Brown and Drake behind the scenes on the "No Guidance" music video.

And it turns out, the trio may have plans for a feature-length project down the line.

When asked if he discussed any plans to foray into TV or film with the music stars, Robinson shared one idea he discussed with the prolific Drake: a reboot of the Will Smith and Martin Lawrence film "Bad Boys."

Robinson said he talked to Drake about possible future projects when he threw the concept in the air. "You know, Drake's a producer now. He's involved in that HBO show "Euphoria." He actually was talking to me like, 'Hey man, what do you really wanna do?'" Robinson said.

"Me, I personally think that whatever the new 'Bad Boys' would be, with Will Smith and Martin. I think, look, let's campaign for that movie. Let's have all your listeners start talking about the Chris/Drake feature film."

So will Chris Robinson direct a new film that stars Drake and Chris Brown after the success of the "No Guidance" video? He was otherwise mum about next steps, saying, “We left it open. We had a conversation.”

Robinson also credited Drake for his cinematic vision and comedic timing, and when speaking about Chris Brown, the film and music video director states, “There’s nobody who does what he does, like him.”

After expressing his favorite part about directing the "No Guidance" music video, Robinson gave some insight on the "Wu-Tang: An American Saga" miniseries that is being released next month. He directed the pilot episode.