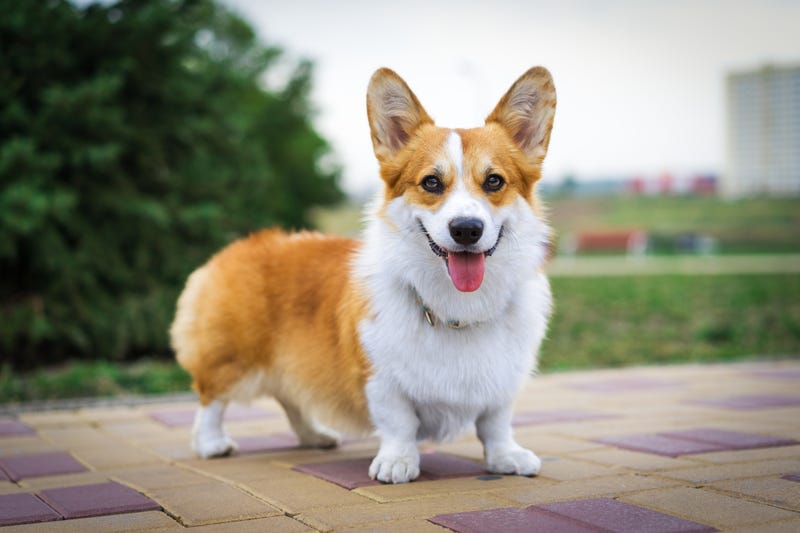 There’s no doubt that corgis are absolutely adorable, but now more than ever, they seem to be enjoying a major moment in the spotlight.

According to the American Kennel Club, the Pembroke Welsh corgi’s clout is on the rise as it currently stands as the 13th most popular breed, up nine spots in a ten years, reported the New York Post.

With short legs, a long body and a booty that would make Sir Mix-A-lot proud, the corgi is a hit with men and women alike.

“They are like a golden retriever in a 26-pound body,” said former Westminster Kennel Club judge Andy Carter said. “From an apartment standpoint, they are ideal.”

Their popularity isn’t just with commoners, as corgis have the royal stamp of approval.

Queen Elizabeth II is known for her love of the four-legged pooch having owned 30 of them since ascending to the British throne. Her pups live like kings with their own room in Buckingham Palace and sleep on wickers beds. That’s ruff!

On television, the lovable creatures are featured prominently on Netflix’s Emmy-winning drama “The Crown,” which documents the story of Queen Elizabeth’s rise to power.

A post shared by Bread Loaf the Corgi (Loafie) (@breadloafcorgi)

While PeopleTV’s “The Royal Report” covers all the latest royal news and fashion, it’s their mascot Bread Loaf the Corgi that has become the breakout star having amassed more than 17K Instagram followers on his own account.

And to further add to the corgi love, Netflix is creating a live-action show based on the Japanese anime series “Cowboy Bebop” which features Ein, a  genetically-engineered Pembroke Welsh corgi with human-like intelligence.

Even people who don’t have a corgi of their own can spend time with cute canines by hitting places like Bangkok’s Corgi in the Garden café , where customers pay $11 an hour to play with the pups while sipping on lattes.

And with people reportedly loving dogs more than humans, the corgi’s reign is showing no signs of slowing down.