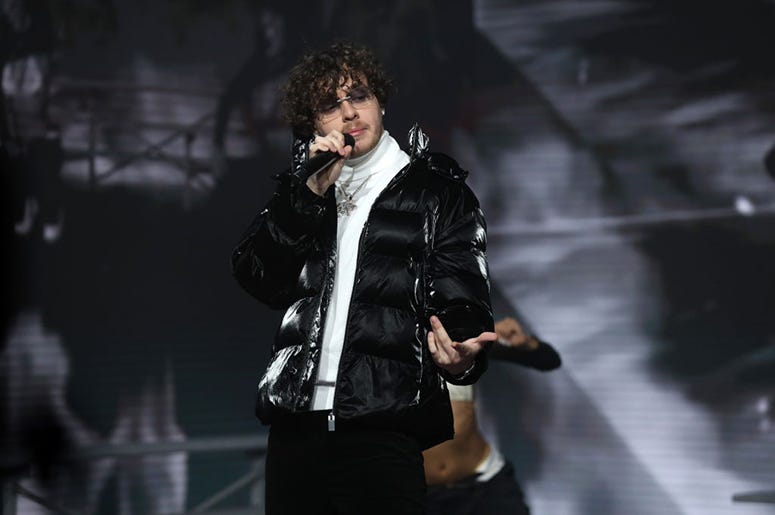 Fans are excited for "Whats Poppin'" rapper Jack Harlow's debut album, That's What They All Say, which drops Friday.

After dropping a star-studded remix to his breakout hit with DaBaby, Lil Wayne, and Tory Lanez, the Louisville native is ready for his formal musical introduction.

"Get ready...That's What They All Say," Harlow wrote on Instagram, sharing the track list for his debut release.

"I’ll never forget when you sent me 'Whats Poppin' before it released," wrote Tiller in the post's comments. "I knew a shift was coming. I'm happy to not only witness but to be a part of it. Cheers to new beginnings!"

In another post, Harlow talked about his humble beginnings but declared that this is where he's supposed to be.

"This week is very important to me. I didn’t come from outta nowhere. I have fans that have been supporting me for years now. I was selling out shows before 'Whats Poppin' came out," Harlow wrote. "I’ve experimented with my voice, rapped on different types of beats, shifted my subject matter, and even changed the way I look...and y’all stayed with me. Thank you."

After its July release, the "Whats Poppin'" remix skyrocketed to the top of several Billboard charts including the Mainstream R&B/Hip Hop radio airplay chart and the Rhythmic Songs airplay chart. It ranked at number 6 on Billboard's year-end Streaming Songs chart and at number 3 on its Songs of the Summer chart 2020. It also received a GRAMMY nomination for Best Rap Performance.