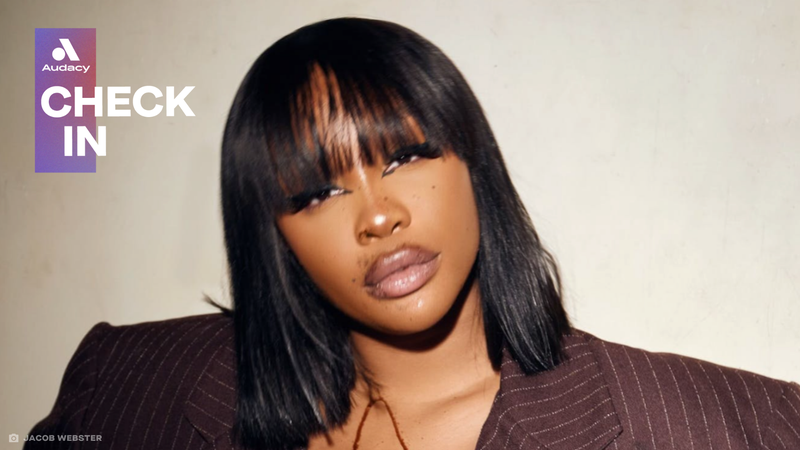 Upon the debut of her sophomore album, SOS, SZA checked in with Audacy and V103 Atlanta’s Big Tigger. Fans are overjoyed as it's been five long years since her first album, Ctrl.

Big Tigger asked where the idea to title the album SOS came from, concerned because "S.O.S" is typically used in times of distress but SZA assured that it in part came from a friendly nickname, “Sos,” being short for Solána. She then goes on to break down her stage name and that “Sza is an acronym derived from the supreme alphabet,” with the ‘S’ meaning ‘self-savior.’

“You know it stands for 'save our souls,' 'save our ship,' that kind of thing, so it's like, yeah we all need a little bit of saving, and sometimes that person is you who has to do that,” she told Tigger.

She also opened up about how she oftentimes has to save herself from her own mind: “Harsh criticism of myself, judgment of oneself,” she answered when asked what she needs saving from.

While SZA feels her inner voice can be very exhausting, music helps her overcome the exhaustion. “Expressing it in music is helpful," she says. "It helps kill like some of the overdrive of that dialogue and like puts it in a healthy check.”

Fans can look forward to some surprises as she admits that she is stepping into new territory with this project. “There's a song where I’m just straight rapping,” she said, “there's a pop rock song… I always wanted to make that.” While her inner voice has her terrified about the release she is also excited for fans to hear these new sides of her. And you might want to start saving your coins: “The tour is finna be wild, I’m taking the creative farther than I’ve ever taken it before,” she said -- and if this album is as monumental and life-changing as Ctrl was, you’re not going to want to miss her tour.

Keep SZA on your radar because she’s in her, “change the world era.” She’s getting into acting, directing, conservation of the planet, dropping makeup, and investing in skin care -- all while heavily focused on growing and becoming the best version of herself.

“I’m going to be the person I wanted to see in the world when I was like 16.”

Don't miss the full interview with Big Tigger and SZA above, and stay tuned for even more conversations with your favorite artists on Audacy.com/Live.