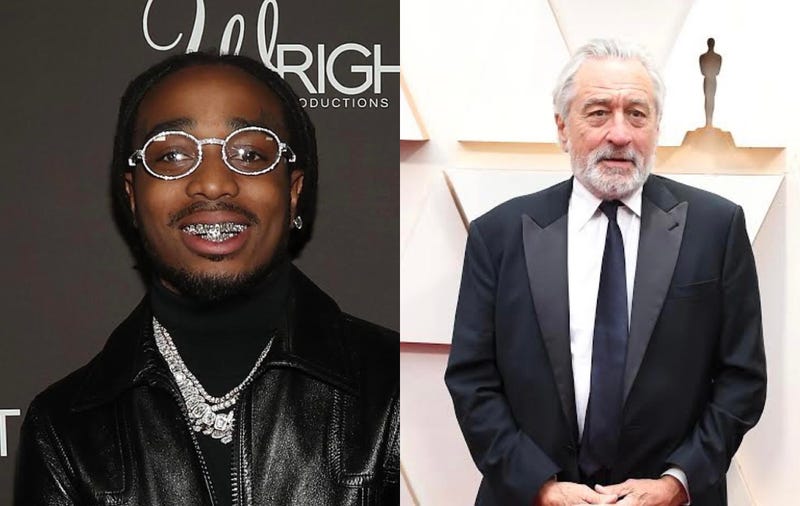 From the small screen to major motion pictures, Quavo from the famed rap group, Migos, is expanding his resume. It was announced in a Variety exclusive that the Atlanta native is making his feature-film debut in Wash Me in the River. The film also stars Robert DeNiro, Jack Huston, and John Malkovich.

Quavo will play Coyote, “a ruthless, heartless crime lord” set to face off against a vengeful spouse. The 29-year-old rapper has labeled his forthcoming endeavor as an “action pack gangsta a** movie!!”

Fans couldn’t help, but to congratulate him on his newest win.

Give him the Oscar already

Variety described the film as “an action-thriller in the vein of No Country for Old Men.” Quavo feels the film is “going to be one of the greatest to come of this time.” Reflecting, he says, “the experience was unbelievable for me, with Robert DeNiro and Jack Huston being so down to earth and making me feel like family.”

He continued by telling fans what we can expect. “Gonna see me doing some stunts and a lot of what you hear from me in my raps! This is one of my biggest debuts I’ve ever had, and so proud of what we did and to get to work with Randall [Emmett, Director] who’s such an amazing guy — I can’t wait to do more films with him,” he mentions.

Outside of his musical obligations, Quavo has previously had guest appearances on Black-ish (ABC), Narcos: Mexico (Netflix), Atlanta (FX) and Star (Fox). According to IMDB, the film is currently in post-production. A release date has yet to be announced. However, if you need something to hold you over, Culture III is reportedly dropping in the Spring.