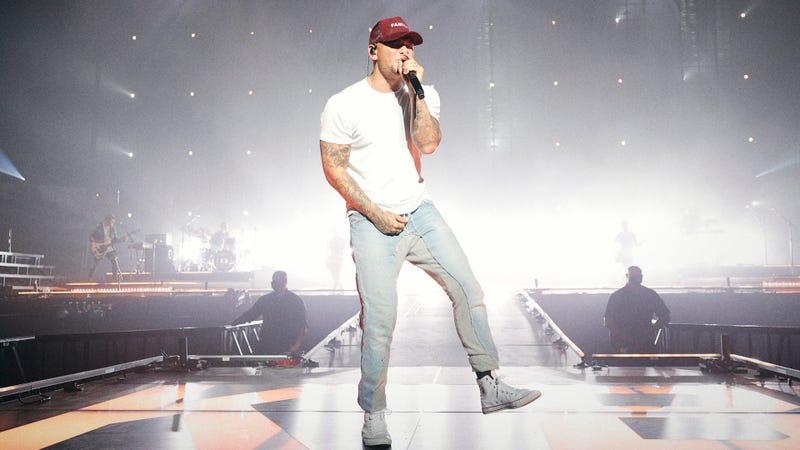 Sending get all wishes to Country artist Kane Brown who tumbled off stage in Memphis over the weekend during a stop on his Blessed & Free Tour. The fall resulted in an a not-so-pretty ankle injury for the 28-year-old.

A video of Kane’s fall surfaced on Twitter over the weekend and shows the “Homesick” singer fall into the arms of a security guard after rolling his ankle on what looks like the groove of a large monitor or speaker. Kane appears to be in severe pain as he falls completely silent while his band keeps playing.

After wrapping the song with no vocal re-entrance by Brown, the band unplugs while the singer gets assistance back on his feet.

Brown eventually made it back to the stage where he finished the show, clearly in pain.  He opted for a number of stripped-down, acoustic numbers to allow him the opportunity to sit and take weight off his ankle.

Brown took to social media, after-the-fact, to share a photo of his gnarly injury which included in a severely swollen and bruised ankle.

Brown is hoping to make a full recovery before his next show In November.