She’s now the most pup-ular dog on television.

Pierogi, the puppy, wanted to get her five seconds of fame.

In the clip, Barnard is helping scrape the ice off a car and warns of the hazardous conditions as Pierogi comes running into the shot. He quickly picks up the four-legged friend and welcomes her to the broadcast.

“I want to get to know this dog,” Barnard said in the video as he lifted the puppy and gave him a smooch.

Shortly after the dog ended up on the air, her owner approached Barnard and took her back.

“She just jumped over the gate,” the owner said of Pierogi's diabolical on-camera plan.

“She wanted to see us!” Barnard added. 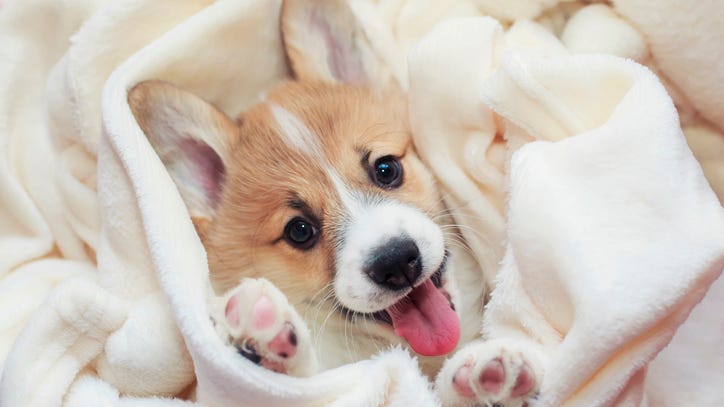 ‘Miracle’ puppy born with six legs and two tails: ‘She is doing well’

Many viewers expressed their opinion after Pierogi's on-air debut and posted it to FOX 5’s official YouTube page.

“This is the most wholesome news report I’ve ever seen,” one commenter wrote.

Another user commented, "This made my day, the pup is so cute!”

On FOX 5’s official YouTube page, the video already has more than 719,000 views.

Pierogi is a natural.