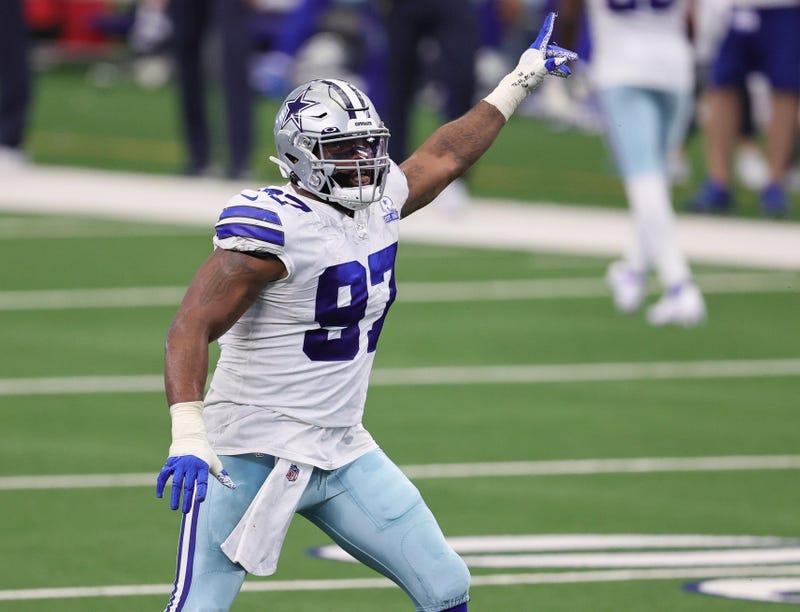 Photo credit Matthew Emmons- USA Today
By Dusty and Cam in the Morning, 1080 The Fan

ALLEN PARK, Mich. (AP) — The Detroit Lions have acquired veteran defensive end Everson Griffen from the Dallas Cowboys for a conditional draft pick to strengthen one of the team’s weaknesses.

The Cowboys announced the deal Tuesday night, adding the selection from Detroit could be as high as a fifth-round pick in 2021.

The Lions (3-3) are in win-now mode under general manager Bob Quinn and coach Matt Patricia after they were told by ownership their jobs were in jeopardy if the team didn’t at least contend for a spot in the playoffs this season.

Without quarterback Dak Prescott, the Cowboys (2-5) are struggling and added an asset for a backup defensive end.

Detroit has just eight sacks this season, ranking among the worst in the league at getting to quarterbacks.

The 32-year-old Griffen has 77 career sacks, including 2 1/2 this season as a reserve in seven games with the Cowboys.

He gives the Lions a desperately needed pass-rushing option to go along with Trey Flowers and Romeo Okwara, whose brother, Julian, was put on injured reserve last week. Detroit drafted Julian Okwara in the third round this year.

Griffen signed a $6 million, one-year deal in August with Dallas as a free agent. In February, he opted out of the final three years of his contract with the Vikings and became a free agent.

The Minnesota Vikings drafted Griffen in the fourth round of the 2010 draft and he spent 10 years with the franchise. He didn’t become a starter until his fifth season in 2014, then averaged nearly 11 sacks per year over four seasons.

Griffen took five games off two years ago to treat his mental health. He was taken by ambulance to a hospital the day before a game in 2018 after a series of incidents in which he threatened gun violence in a hotel lobby and made repeated comments about believing people were trying to kill him.