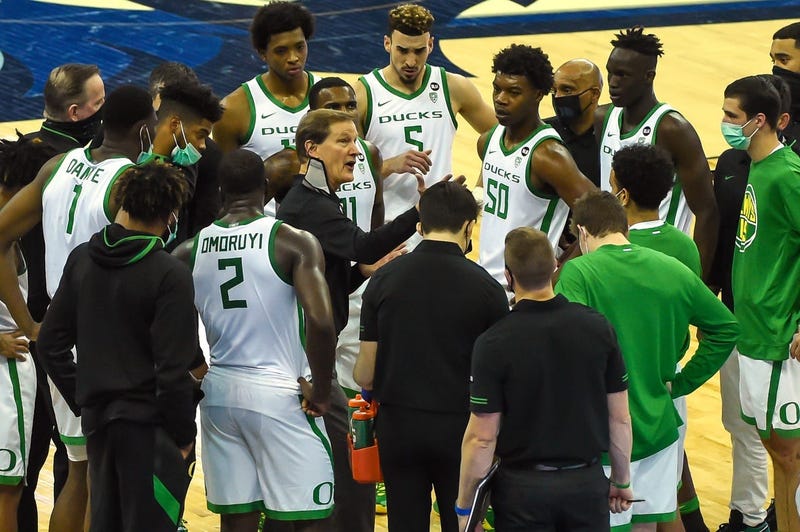 Photo credit Steven Branscombe USATodaySports
By Dusty and Cam in the Morning, 1080 The Fan

OMAHA, Neb. (AP) — Missouri passed its early test against No. 21 Oregon, validating coach Cuonzo Martin’s belief that a Tigers team that returned four starters is poised to move up in the Southeastern Conference.

Xavier Pinson scored 19 of his 22 points in the second half and Missouri overcame a mid-game lull and late Oregon flurry to beat the Ducks 83-75 on Wednesday night.

“I like going to battle with them because they value each other, they want to see each other successful, they don’t care who gets the accolades,” Martin said. “Now you have a situation where you’ve got two or three who want to go after the other team’s best player, like they’re fighting to do that. That didn’t happen in the past, and that’s a good sign.”

Mark Smith scored 13 of his 15 points in the first half as Missouri (2-0) built a 17-point lead, but Chris Duarte scored eight straight points to get the Ducks within five in the final minute.

“I thought there were moments we let up mentally because we looked at the scoreboard and thought, it’s my turn here to get a shot, instead of keeping the foot on the pedal and winning the basketball game,” Martin said.

“I thought it was a great team effort. The guys were hungry, they were excited to play the game and we had great results against a very talented team.”

Eugene Omoruyi set career highs with 31 points and 11 rebounds in his first game for the Ducks (0-1) since transferring from Rutgers. While the Tigers missed 15 shots in a row spanning the halves, Omoruyi scored 12 straight points to lead Oregon’s push to get within single digits.

Pinson and Javon Pickett, who came off the bench and scored 11 of his 13 points in the second half, helped Missouri rebuild the lead before the Ducks made it close late.

“Disappointed in our first night out,” Oregon coach Dana Altman said. “We can make all kinds of excuses, but we’re not going to. We should have had a couple games. We didn’t. This was a tough opener. We’re just going to have to fight through it.”

The game was played in Omaha because of scheduling problems for both teams caused by the COVID-19 pandemic. Altman was able to use his connections at Creighton to set up games with the Tigers and Seton Hall on Friday at CHI Health Center.

Altman coached at Creighton for 16 years before going to Oregon and he remains close friends with athletic director Bruce Rasmussen, who served as a middleman with arena officials.

The Ducks were without junior point guard Will Richardson, who injured his left thumb in practice and had surgery Wednesday. He’ll be out at least six weeks.

Richardson is Oregon’s most experienced player and was set to take the place of Payton Pritchard, last season’s Pac-12 player of the year and a first-round NBA draft pick by the Boston Celtics.

“Will had been running all the point in practice, so it was a quick adjustment,” Altman said. “Those two guys will be fine. They’ll get better. I didn’t think they had a real good night.”

Missouri: The Tigers got a strong early test in their second game and won a game they probably would not have during last season’s 15-16 campaign. They beat a ranked opponent on a neutral court for the first time since 2012.

Oregon: The defending Pac-12 champion Ducks will be trying to find their way for a while without Richardson and a mix of newcomers. Transfers Aaron Estrada (Saint Peter’s) and LJ Figueroa (St. John’s) were with the Ducks but didn’t play. They are still awaiting clearance from the NCAA.