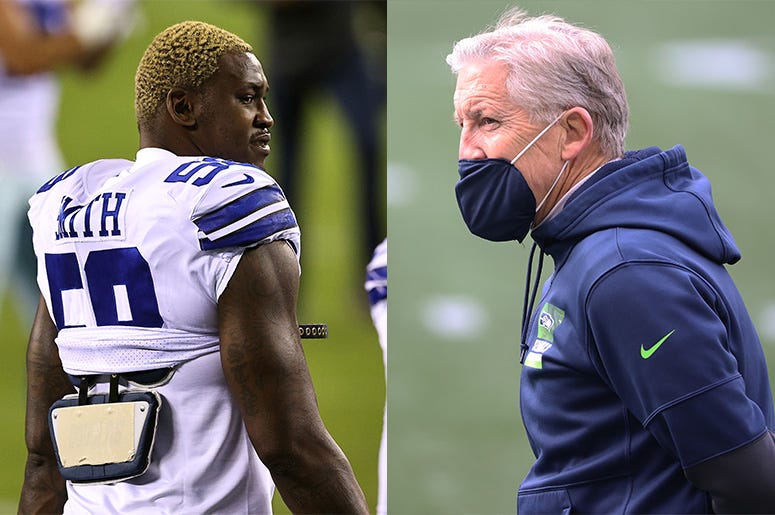 Aldon Smith repeats the same mistakes. It all started in 2013 when police arrested the now Seahawk defensive end on suspicion of DUI after running his car into a tree. The NFL acted with a light nine game suspension in hopes he would understand consequence. It didn’t work. Two years later, he was arrested for a hit-and-run, DUI charge. That apparently was the last straw for his former team, the 49ers, who cut Smith from the roster a month later. Fast forward three seasons to a domestic violence charge which got him booted from the Raiders.

Now, New Orleans police have a warrant out for his arrest related to a second-degree battery charge. The onus for his dark cloud falls on Seattle, this time.

Consider this is just a warrant and not a conviction, so Smith deserves the benefit of the doubt at this point. But it’s pretty unlikely he’ll walk away from this situation unscathed. Just like every other time. I’m not sure if Aldon Smith knows any other way to conduct himself as an adult. Somewhere along his development as a human being, he was deprived of empathetic exposure.

That loss of emotion has now manifested itself into a man bent on harming other people and his own reputation. It’s hard to believe the Seahawks didn’t see this coming.

Statement from a @Seahawks spokesperson: pic.twitter.com/anRwYtuvIf

They released a perfunctory PR statement Monday, explaining their process of “gathering information.” No matter how they react, Smith is likely to repeat his actions in some form in the next city. It’s up to the NFL to decide when enough, is enough.