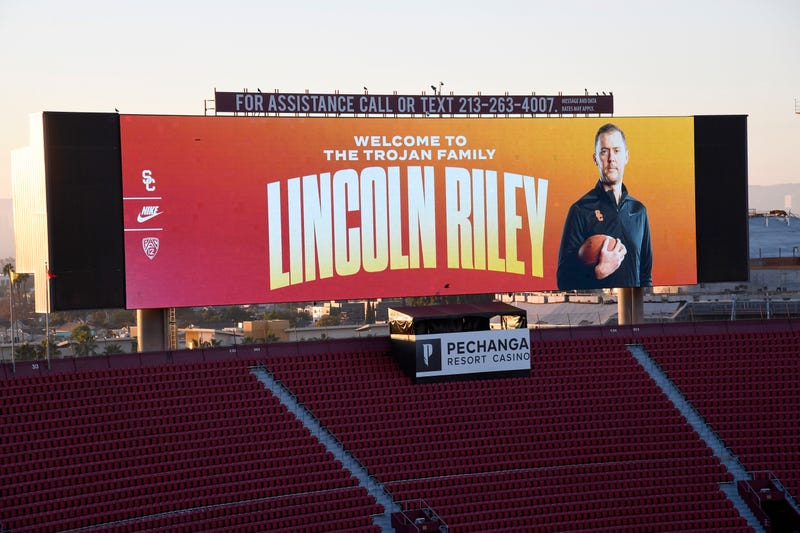 In a move that sent shockwaves throughout the college football world, Lincoln Riley decided to leave the confines of Norman Oklahoma to pursue one of the sport’s golden goose positions; Head football coach at USC. It was a surprising move to most fans, and apparently the OU athletic director. Riley’s presence at USC will obviously create an immediate impact in leadership and morale.

What about the recruiting trail? How will the new Trojan coach shift the Pac-12 paradigm when it comes to acquiring players?

FAN recruiting insider Andrew Nemec believes there will be a negative trickle down effect for most teams in the Conference of Champions. Since Riley will garner a large percentage of upper-echelon recruits, there will be less available talent in that field for Oregon. The Ducks will then need to dip into a lower rung to fill out their class, and this will continue until smaller Pac-12 schools (like Oregon State) will start to feel the effects.

This trickle down effect won’t be immediate, of course. Riley still needs to coach a few games and prove he can revitalize a program that is in a complete tailspin at this point. But there are already signs he’s  improving the program. He’s already pursuing Malachi Nelson, a five-star decommit from Oklahoma.

Oklahoma is heading to the SEC

Whatever the effect his hire will play, there is sure to be more excitement surrounding the Pac-12.