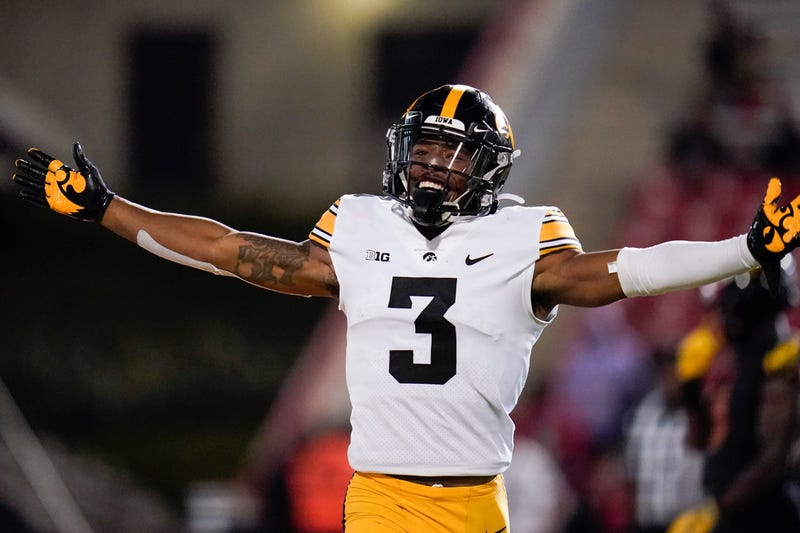 COLLEGE PARK, Md. (AP) — Spencer Petras barely had time to exhale in the second quarter. The Iowa quarterback would come off the field following a scoring drive — then immediately return after the defense forced yet another turnover.

“You sit on the bench for two seconds, you’re right back out,” Petras said.

Petras threw for three touchdowns and ran for two and No. 5 Iowa took advantage of seven Maryland turnovers in a 51-14 victory Friday night.

The Hawkeyes (5-0, 2-0 Big Ten) intercepted five of Taulia Tagovailoa's passes, and they outscored the Terrapins 31-0 in the second quarter as Maryland completely unraveled. The Terps (4-1, 1-1) never recovered after losing standout receiver Dontay Demus to an apparent leg injury on a kickoff return early in the second.

Iowa beat Iowa State earlier this season thanks to a plus-four turnover margin on a day the Hawkeyes were badly outgained. The matchup with Maryland was an even more extreme version of that. The Terrapins turned the ball over five times in the first half, four in the second quarter.

Tagovailoa had thrown only one interception all season — while leading the Big Ten in yards passing — but he was picked off on the Terrapins' second possession Friday in a sign of things to come. That turnover led to a field goal that opened the scoring, but Maryland responded sharply, driving 69 yards in eight plays and taking the lead on a 9-yard scoring pass from Tagovailoa to Chigoziem Okonkwo.

Iowa went ahead 10-7 on a 1-yard run by Petras on the first play of the second quarter, and then Maryland's big night — the Terps had a chance to start 5-0 for the first time since 2001 — went sour for good.

Demus, the Big Ten's leader in yards receiving, had four catches for 61 yards in the first quarter. On the kickoff after Petras' touchdown, however, he fumbled and remained on the ground injured. He eventually left on a cart, and that turnover gave Iowa the ball at the Maryland 10.