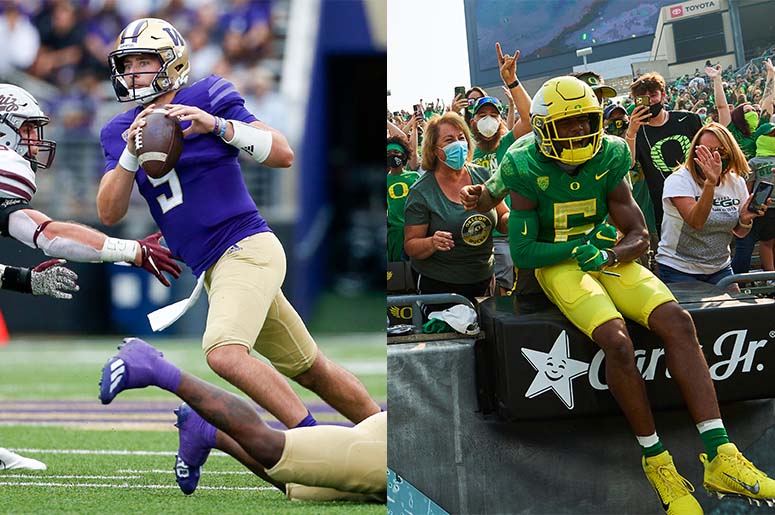 Opening weekend of the college football season has come and gone, and there were plenty of potential narratives that have developed early. Alabama is still incredibly good (WOW, no way…), Clemson still has some work ahead of them and the Pac-12 was all kinds of underwhelming. Putting aside UCLA’s stunning 38-27 win over LSU, team after team came up well short of their expectations heading into the season. It’s obviously just the first weekend of college football and overreaction is natural.

But is there anything to read from some of these performances?

Oregon was expected to meet a moderate challenge against Fresno State, but it turned into a full on upset alert late in the 4th quarter. Anthony Brown was able to put the game away with a 13 yard TD run. The Ducks got out to an early lead thanks to Kayvon Thibodeaux’s early strip sack. Oregon’s offense couldn’t really match that intensity throughout the game.

A win is a win, but Duck fans are definitely feeling uneasy heading into their week 2 matchup against Ohio State in the Horseshoe.

Oregon State was expected to compete well against Purdue on the road. Even though this mostly came to fruition, the Beavers still lost and seemed to repeat a pattern from last season; score early, lose momentum, rally late, lose.

There was also of course the more embarrassing side of the Pac-12 weekend. Washington and Washington State showed why coaching is important, while Stanford seemed to give up against Kansas State pretty early.

It’s only WEEK 1 of the college football season. No need for major overreactions. Plenty of time left to right the ship.