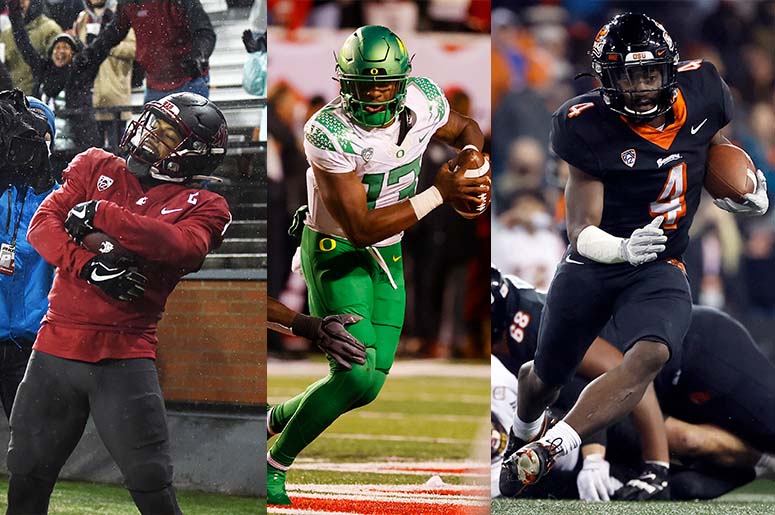 About five weeks into this college football season, fans believed it was a sure bet that the Oregon Ducks would represent the Pac-12 North in the conference championship game. The Ohio State road win, convincing wins over Arizona and Stonybrook. Even the loss to Stanford didn't take people away from the notion that Oregon controlled their own destiny when it came to the Pac-12 championship game. That was week 5.

Now, there are three teams (including Oregon) with legitimate chances to punch tickets to Las Vegas; Oregon, Oregon State and Washington State.

Here’s a little perspective on the situation; The Cougars and Beavers have each fired a coach in the middle of this season. WSU fired Nick Rolovich after he failed to comply with COVID-19 vaccination mandates, and the Oregon State relieved Defensive Coordinator Tim Tibesar of duties after giving up points to Colorado (that bears repeating…)

Have seen a bit of confusion regarding #Pac12 tiebreakers. Here's the deal for each team to win the North:

(In three-team tie, edge to WSU because of best record within the division)

Talk about a rebound season… Both teams head into this weekend on mostly even footing with the former No. 3 team in the country. Just another wild turnaround in the college football season.