Everything is bigger and brighter in the postseason, and that includes some of the players’ contracts afterward. Performing in the playoffs, especially in the World Series, is one of the things teams look for when making a decision on a trade or a free agent.

Most of the biggest stars are already locked into big contracts, but fringe players can show that they have what it takes to play on the big stage and turn that into a big payday in the offseason.

MLB pitcher Rich Hill joined Rob Bradford of the new Audacy Original Podcast “Baseball Isn’t Boring” and talked about why games look for those players and if the players know how much money is at stake.

“It’s always been baffling to me how much money guys can make in a two-week span,” Bradford said, mentioning Christian Vazquez increasing his stock after managing four pitchers in a World Series no-hitter. “Do players understand this?”

“The guys that perform in the postseason, in October, especially in the World Series, you’re going to be attracting the Yankees, the Red Sox, the Dodgers, the Cubs. Big market teams. The Cardinals if you want to throw them in there as one of the bigger-market baseball teams,” he continued. “And I think that’s something that is obviously, hopefully widening as we go into this offseason. But you see when guys go out there and they do perform in the biggest situations, there’s a reason why clubs want those guys because they know they can do it in that situation. They’ve proved it.”

While players may only have 20-some odd at-bats in a big series, with even fewer with runners on base or in a close game, teams key in on those at-bats. Being able to get it done in a big spot is something that not everyone can do.

“The small sample size of being able to do it, they know that – and when I say they – the clubs know that when those guys perform in the postseason, in the World Series, that they’re getting somebody that’s going to bring that experience into their clubhouse, into their locker room, and give them a little bit of a sense of peace to some of the guys that may have some trepidation who have not done it in the postseason,” Hill said. “Bringing that leadership during the season and the steady hand that other players can look at and say, ‘OK, well this guy’s proven himself in the postseason, this is how he goes about his business, so there must be something that he is doing that is correct. Now you see other guys going to do that that are observing that player and they will find success, I believe, through observation.”

The Astros acquired Vazquez at the trade deadline from the Boston Red Sox. He’s their backup catcher but also became Christian Javier’s catcher, giving him the start in Game 4 on Wednesday night. Vazquez was behind the plate as four Astros pitchers combined for a no-hitter. He was locked in.

“When you watch Vazquez perform in the postseason, and postseasons in the past, he has that ‘I don’t give a s–t’ attitude to the game when he goes out there. What I mean by that is here I am, this is what I have, take it or leave it, whatever. I’m going to leave everything on the field,” Hill said. “It comes back to that mentality of the boxer. I’m coming at you whether you’re ready or not, I don’t care. Here it is. We watch him play right now in this postseason and he has that attitude.”

Adding another World Series ring would certainly increase Vazquez’s suitors in the offseason. The Astros will have a chance to close it out on Saturday night in Game 6 with a 3-2 lead over the Phillies. 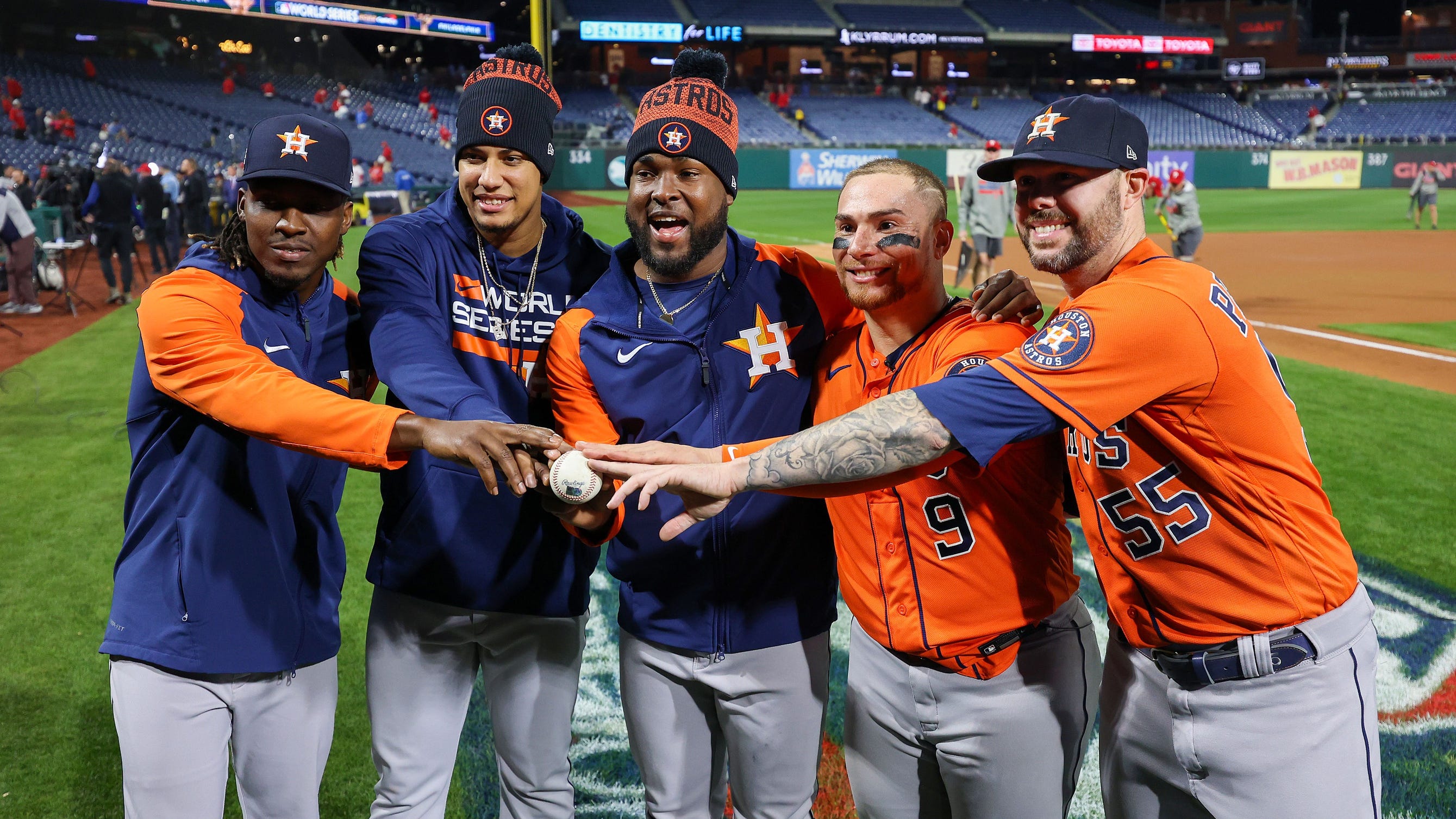 Christian Vazquez just made himself some money