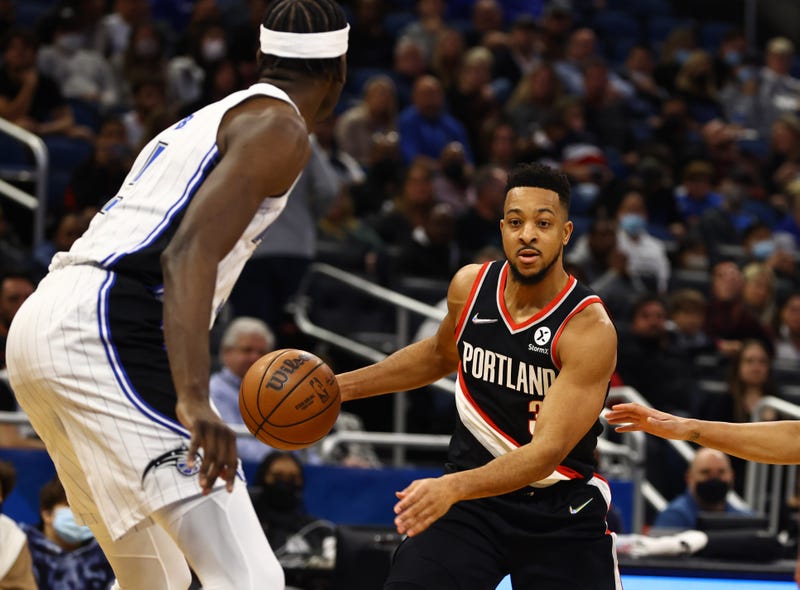 It was a sight for Trail Blazer fans’ sore eyes to see CJ McCollum out on the court, Monday night. Portland dispatched Orlando swiftly in a 98-88 win. McCollum was able to put up 16 points after missing 17 games due to a collapsed lung. Also consider that CJ was on a minutes restriction. It was a great jump-start for a Portland team that will be missing Damian Lillard for an extended time (abdomen surgery… 6-8 weeks), and remains on the playoff fringe. There’s another factor to consider with CJ’s return to the lineup; Trade value.

Just how much can the Trail Blazers boost McCollum’s value on the market before the trade deadline? Will any team bite and offer a great player in return?

Portland sits in an interesting position at this point in the season. They maintain a full 1.5 game lead over the Kings for the final play-in spot for the playoffs. The all-star break has yet to take place, which is usually a maker for greater competition during the season. The Blazers could continue this pace and eek into the playoffs yet again.

Another thought! Continue to highlight McCollumn’s abilities during Damian Lillard’s absence and drive his trade value through the roof! Lillard has stated many times how he wants to bring a title to Portland and it seems the only way that will happen is with another superstar beside him. That is NOT CJ McCollum.

Putting all this trade talk aside, it is good to see McCollum back on the floor as Portland goes through this franchise defining, transition period.